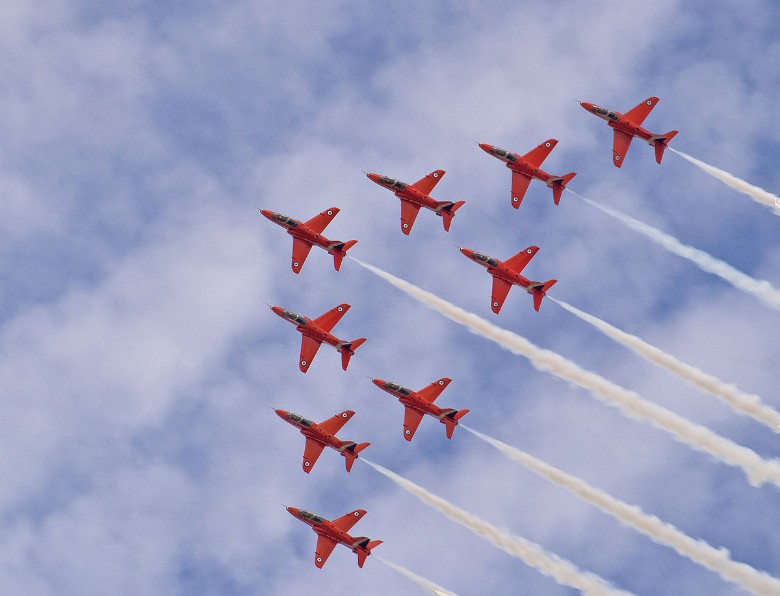 The confirmed displays include appearances by the Red Arrows in Canada and on both the east and west coasts of the United States, with more events expected to be announced in the weeks to come.

Speaking from Nellis Air Base, Nevada, UK Defence Minister Mark Lancaster said: “I am delighted people all over the US and Canada will be able to see our world-famous Red Arrows in action. Previous tours have generated huge amounts of investment for the UK, and we hope the team lighting up the skies of two of our closest defence allies will bring more of the same.”

The team will fly to North America for the Western Hawk 19 tour this summer, expecting to arrive in Canada on August 8. During the deployment – which will be the largest to the region in a generation – the Red Arrows will help to support a range of British interests and promote trade and co-operation, as part of the United Kingdom’s prosperity agenda.

As well as displaying at locations and shows across North America, the team will also attend several engagements on the ground, coordinated by the Department for International Trade (DIT) and the UK Government’s GREAT campaign.