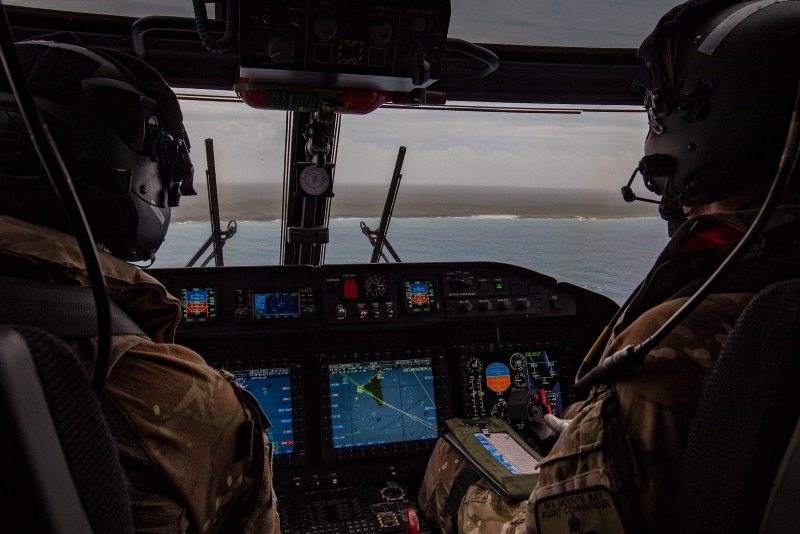 The Royal Navy amphibious support vessel has given support to Great Abaco, delivering shelter kits, water and other basic items. A sea boat was deployed from Mounts Bay, which has been in the Caribbean since 2016, with a humanitarian and disaster relief team to join up with the Royal Bahamas Defence Force to unload aid to those worst hit by Hurricane Dorian.

Captain Rob Anders, Commanding Officer of RFA Mounts Bay, said: “RFA Mounts Bay has been working alongside The Bahamian National Emergency and Management Agency and US Coastguard personnel, using our Wildcat helicopter to conduct initial assessments on Abaco Island and we have landed reconnaissance troops ashore.

“I am pleased to be able to use our people and equipment to send water and food ashore to provide aid to the Bahamian people. We hope that our presence in the area in the immediate aftermath of Hurricane Dorian will provide some peace of mind and reassurance to all those affected.”

RFA Mounts Bay was on stand-by in the Caribbean in preparation for hurricane season. As well as the humanitarian and disaster relief team, the ship is carrying vital aid and also has all-terrain quads, dump trucks, diggers and stores on board. Its Wildcat helicopter has been conducting reconnaissance flights to assess damage, feeding that information back to the ship.

Since Hurricane Dorian hit, a liaison officer from the Royal Bahamas Defence Force and a Department for International Development humanitarian expert have been on board to help co-ordinate the relief efforts. The DfID team is working alongside The Bahamas Government’s National Emergency Management Agency and the Caribbean Disaster Emergency Management Agency, as well as other international partners, to assess the damage caused by the hurricane, and to plan the response.