The Royal Gibraltar Regiment (RG) received their new Colours at Windsor Castle on March 31 from HRH The Earl of Wessex, a memorable moment for attending troops, family and friends. 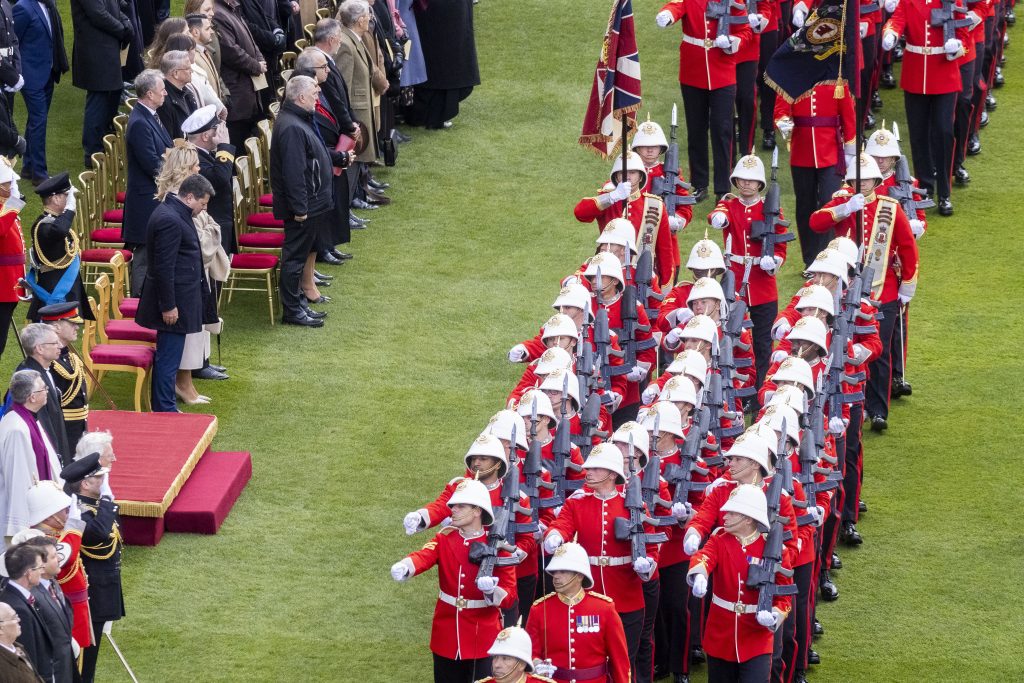 In what is only the third time that the Regiment has performed public duties in London, the RG took over from the Coldstream Guards at the famous Changing of the Guard ceremony at Buckingham Palace on Monday 21 March. Since then, they have spent the last few weeks guarding The Tower of London, St James’ Palace and Windsor Castle.

The troops had an early start to the big day as they departed from Woolwich to arrive at Windsor to ensure all the final preparations were underway. The final hours were filled with kit preparation. A final rehearsal was conducted in Victoria Barracks before the troops made their way to Windsor Castle.

His Royal Highness the Earl of Wessex presented the Regiment with their new colours, which were approved by Her Majesty The Queen.

Watching in the Quadrangle were the Commanding Officer of the RG, Lieutenant Colonel

Once the ceremony was complete, there was a small reception held at the Castle for the troops and their guests.

Later that day, a detachment from RG took over the guard at Windsor Castle.

Commanding Officer of the RG, Lieutenant Colonel Simon Dyson said: “To receive new Colours at Windsor Castle truly is an honour and will be such a memorable experience especially for the junior soldiers; it is a real highlight in the Regiment’s history.”