Their Royal Highnesses The Prince of Wales and The Duchess of Cornwall attended a reception for veterans of the Falklands Conflict on board HMS Queen Elizabeth,  on Wednesday 20 July. 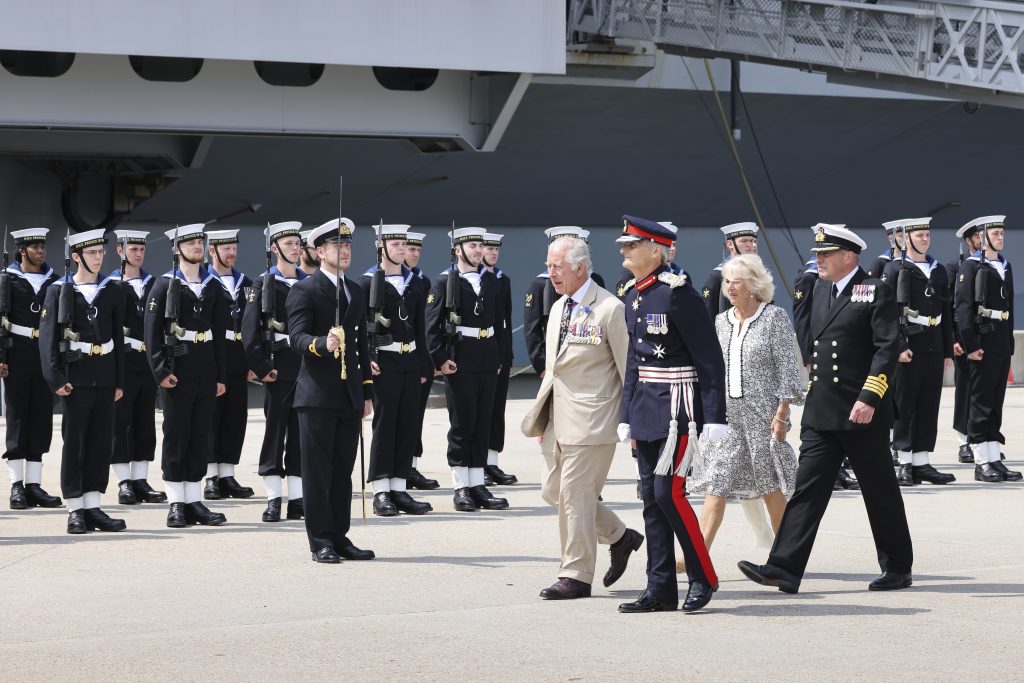 The reception to mark the 40th anniversary of the conflict took place on board HMS Queen Elizabeth at HMNB Portsmouth. More than 200 veterans of the conflict, and their families and supporters, attended the reception.

“Forty years ago, 30,000 service personnel made the 8,000-mile journey to help protect the sovereignty of the Falkland Islands. Today, we thank every one of them for their efforts and honour the 255 who paid the ultimate sacrifice.

“I am heartened that veterans from the Falklands Conflict have had the opportunity to spend time with, and continue to inspire, serving members of our Armed Forces.

“The UK is as determined to defend our values now as we were 40 years ago.”

Guests at the reception included members of the South Atlantic Medal Association 82 (SAMA82), which represents veterans of the Falklands Conflict.

Commodore Jamie Miller, who survived the sinking of destroyer HMS Coventry in 1982 and is now national president of SAMA82, said:

“We have already enjoyed around 25 major events around the country to commemorate the 40th anniversary to remind people of what we achieved, celebrating the success of Great Britain’s Armed Forces and strengthening our association’s membership.

“To have Their Royal Highnesses present aboard the nation’s flagship – a reminder of the importance of sea power and the vital role of aircraft carriers in the Falklands – is a fitting end to this year’s events and we are truly honoured by their presence.

“It is vital that we remember the past to get the present and future right.”

The commanding officer of HMS Queen Elizabeth, Commander Ian Feasey, paid tribute to the assembled veterans on board the ship during the reception.

A royal guard of honour comprising more than 100 sailors and officer from HMS Queen Elizabeth conducted a royal salute ahead of the reception. Royal Air Force personnel lined the route to the ship, while the British Army Band Tidworth performed the national anthem upon the arrival of Their Royal Highnesses.