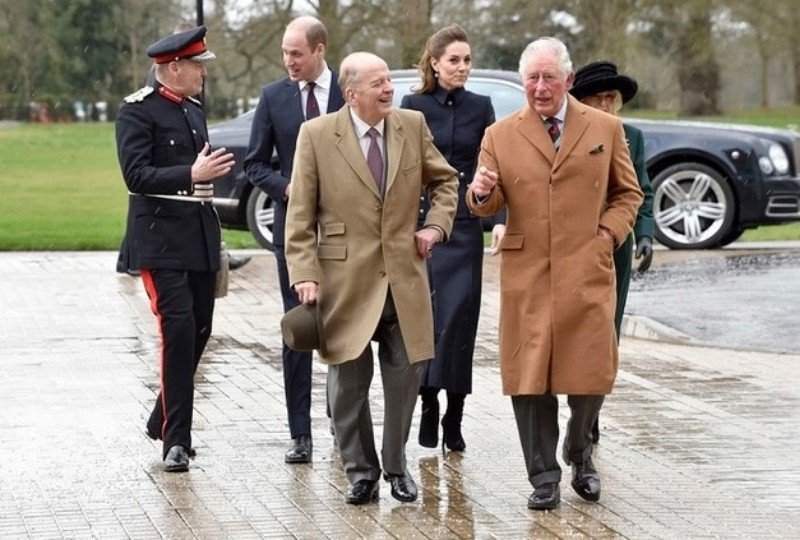 The Royal party learnt how this purpose-built military rehabilitation centre helps injured personnel, get back to fitness. The Defence Medical Rehabilitation Centre (DMRC) is the dedicated rehab facility for the armed forces and began treating patients in October 2018, replacing Headley Court in Surrey.

The £300-million pound state of the art centre provides in-patient and residential rehabilitation for complex musculoskeletal disorders and injuries, including complex trauma and rehabilitation following neurological injury or illness.

Jack from First Battalion Yorkshire Regiment, who is receiving treatment after suffering an injury, said: “It was a fantastic honour to meet the Royal Family and tell them about the most amazing support and treatment, I have received to help me recover from my injury.”

The Royal Party were shown around some of the therapy areas and observed patients undertaking gym rehabilitation sessions and occupational therapy. They also visited the purpose-built prosthetic workshops and heard from patients and staff about the broad range of clinical and therapy services available.

Commanding Officer of the DMRC facility, Captain Alison Hofman, said: “It was a huge honour to be able to show Their Royal Highnesses around the Centre, introducing them to some of the patients and to many of the staff who provide them with superb care and support on a daily basis.”

Prince William officially opened the rehabilitation centre in June 2018 and was the patron of the charity raising money for the complex. The facility was the vision of the late sixth Duke of Westminster, Gerald Grosvenor, who started the project and was handed over by his son Hugh Grosvenor to the nation in June 2018.