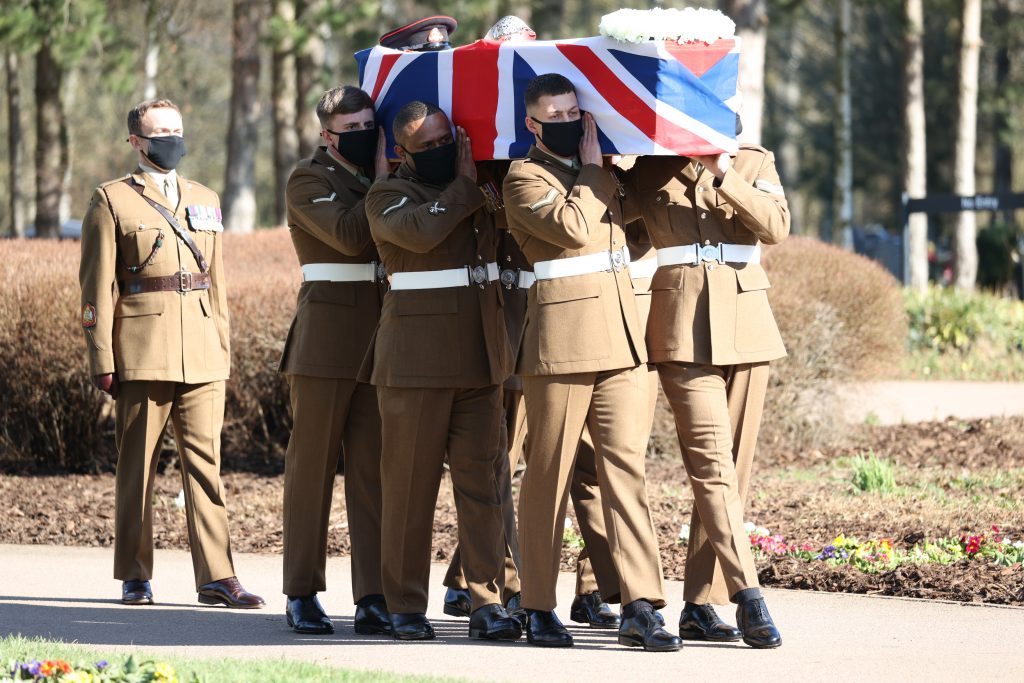 Soldiers from 1 YORKS carried the coffin of Captain Sir Tom Moore, as well as laying on an honour guard and a three volley salute from a firing party at the small family funeral at Bedford Crematorium. A bugler also played The Last Post.

The 1 YORKS soldiers, who had been on exercise on Salisbury Plain, went straight to Elizabeth Barracks, Pirbright to rehearse for the event on Friday.

The Yorkshire Regiment is an antecedent of Captain Tom’s former unit, the Duke of Wellington’s Regiment, with whom he served in North Africa in the Second World War.

The funeral was also attended by veterans from the Duke of Wellington’s Regimental Association.