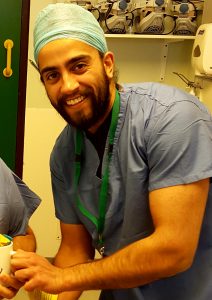 Dr Harjinder Singh Bains has spent the COVID pandemic working in Accident and Emergency and Intensive Care, treating the sick and saving lives. Despite a highly pressurised career, he has also found time to pass the prestigious All Arms Pre-Parachute Selection Course (AAPPS) with the Army Reserve.

Reserves Day takes place on 23rd June as part of Armed Forces Week. It is an opportunity for the public to acknowledge the contribution the Armed Forces make to their community. This year, many Reservists have been involved in supporting the NHS with the Covid pandemic.

Harjinder is one of only a handful of Sikhs to pass the demanding AAPPS course. He believes his faith brings a lot of personal meaning to his role in the Army Reserve and the NHS, as Sikhs are asked to be of service and contribute to wider society.

The AAPPS is an elite course, which includes a 10 mile hike carrying 35lb rucksack and a rifle, the famous ‘trainasium’ or assault course at height, a log race, 2 mile march, steeplechase, ‘milling’ or boxing,  and a stretcher race. Harjinder commented: “That was something that was quite challenging and required a big commitment.”

In addition, Harjinders’ great, great grandfather died in the First World War as part of the British Indian Army, and so for Harjinder, “Becoming involved and continuing that tradition is something that I will look back on with pride.”

Harjinder undertook the Professional Qualified Officers Course at Sandhurst, which he said helps him to “bring some of the leadership skills into my day job. Let’s say you are leading a trauma team or leading a cardiac arrest in emergency medicine, you can certainly hone down some of those command and control skills.”

Captain Harjinder commissioned as a Medical Officer in 2019 and is currently based with 144 Parachute Medical Squadron. The Squadron is part of 16 Medical Regiment who are part of the wider 16 Air Assault Brigade, which make up the airborne component of the British Army. 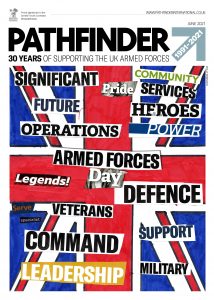