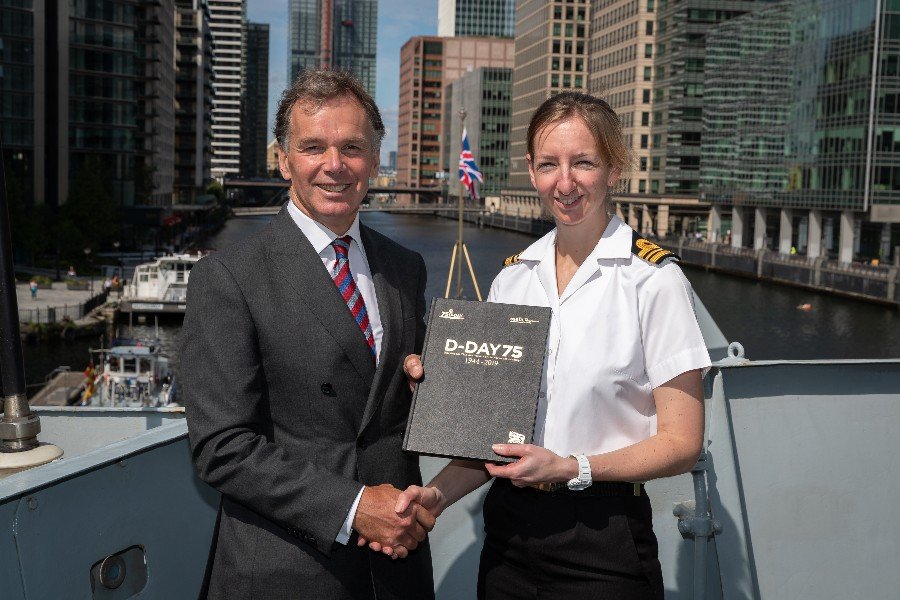 HMS Westminster’s Executive Officer Lt Commander Kate Muir and the Ship’s Company were presented with leather-bound copies of SSAFA’s official publication marking the 75th anniversary of D-Day, D-Day 75. Lt Commander Muir contributed to the publication with a piece on one of D-Day’s leaders, Admiral Sir Bertram Ramsay, an Allied Naval Commander and designer of Operation Neptune.

Sir Andrew Gregory said: “We are delighted to be presenting HMS Westminster’s Executive Officer Lt Commander Kate Muir and the Ship’s Company, these copies of the D-Day 75 publication. Kate’s contribution to the publication highlights one of Britain’s key D-Day Leaders, Admiral Sir Bertram Ramsay. We are incredibly grateful to her for allowing us to know more about his critical contribution to D-Day.”

SSAFA, the Armed Forces charity, provides lifelong support to anyone who is currently serving or has ever served in the forces, and their families. This includes both regulars and reserves.