Summiting Everest With One Arm? 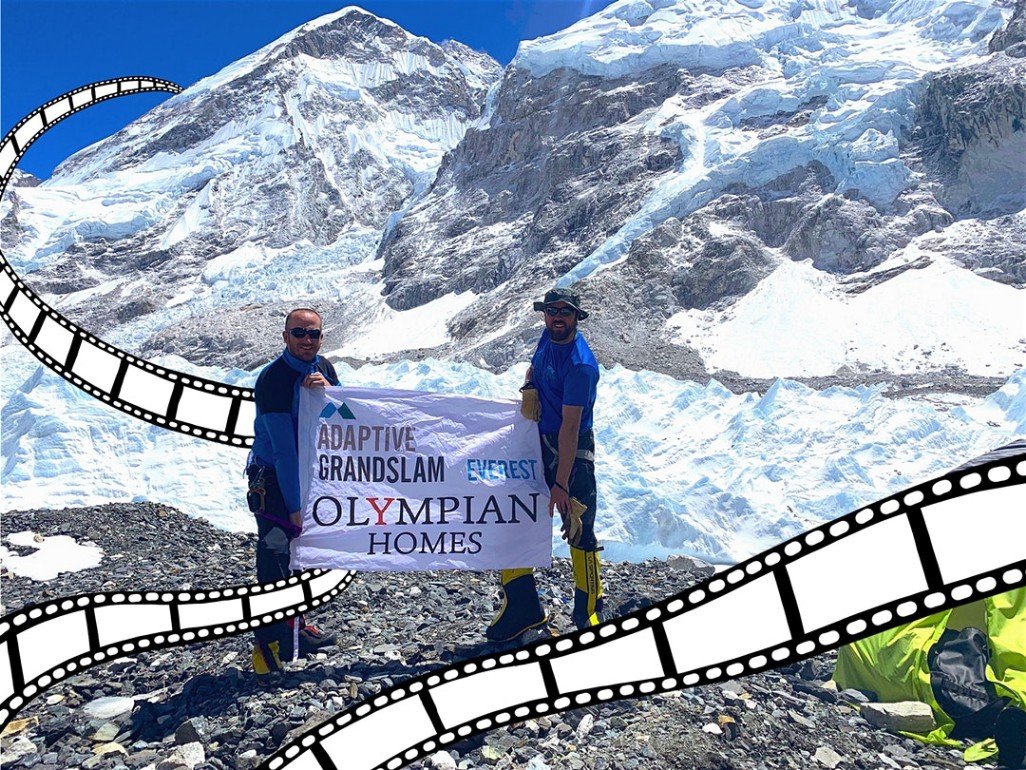 Martin Hewitt, founder of Adaptive Grand Slam, the Explorers Grand Slam for the disabled, has announced that he will present the premier of the AGS team’s film “Adaptive Grand Slam – To the Summit of Everest” on April 1st at the Royal Geographical Society in London…

The film will graphically portray the drama and triumph of the summit attempt to a potential audience of 800 in the RGS’s Ondaatje Theatre. Hewitt will be accompanied by his disabled teammates: Samantha Baynes, who survived a terrible sledding accident in Austria which left her in a coma for two weeks and having to undergo nerve transplant surgery; Terry Byrne who was injured serving with 2 Para in Afghanistan and had his right leg amputated below the knee.

Martin Hewitt, who lost the use of his right arm after being shot in 2007 in Afghanistan, will be introduced at the RGS event by Channel 4’s Phil Spencer of Location, Location, Location fame. Spencer is a friend of Martin Hewitt and supports his charitable work and participates in the annual ‘Everest in the Alps’ challenge.

During the evening it is expected that Martin will announce the AGS’ 2021 South Pole Expedition. Training for that expedition starts in April this year. In August the team plans to attempt to summit Carson’s Pyramid in West Papua, one of the seven summits on the Grand Slam list.

The Adaptive Grand Slam team’s goal is to reach the North and South Pole and scale the seven highest mountains on all seven continents. Before the attempt to summit Everest, members of the AGS team had already successfully reached the North Pole and summited Mt. McKinley in Alaska, Mt. Ebrus in Russia, Kilimanjaro and Aconcagua.

Martin Hewitt is passionate about empowering disabled people through expeditions and weekend outdoor challenges. He set up The Adaptive Grand Slam Foundation to support injured and disabled military veterans to enable them to participate in extreme challenges which help them to restore their self-esteem and confidence.

Martin supports and is a member of BLESMA, which supported the AGS Everest expedition. Terry Byrne is also a member. Hewitt is also a trustee of The Endangered Species Protection Agency. He is a motivational speaker and has a successful business conducting weekend challenges for both the disabled and able-bodied. He also organises annual mountaineering events in the UK and overseas.

Tickets to the Everest film premier are £20 and available for purchase on Eventbrite. The ticket price includes an invitation to the welcome drinks reception at the RGS.All funds raised will be used to enable disabled adventurers to join AGS’ forthcoming expeditions to Carson’s Pyramid in Papua New Guinea this August and the South Pol in 2021.