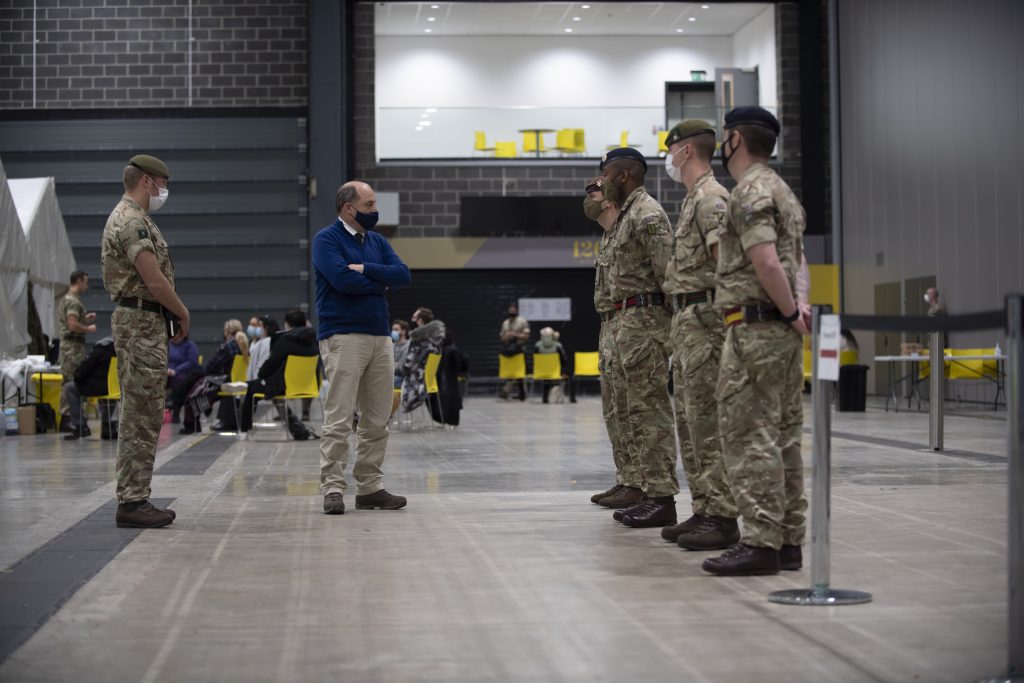 Soldiers from 8 Engineer Brigade, the Royal Anglian Regiment, the King’s Royal Hussars and others from the UK Resilience Units, arrived at Pontins on Thursday and immediately began training on how to administer tests to the public, building around 45 static testing sites, and establishing the operation of a drop and collect system.

Around 2000 Military personnel will be working alongside NHS Test and Trace and commercial partners, to deliver lateral flow testing, as well as local logistics planning, and a small team of bio-medical scientists who will help train civilians to conduct the tests.

Testing will be carried out in new and existing test sites, using home kits, in hospitals and care home settings, and schools, universities and workplaces. Testing begins on Friday afternoon, and Liverpool residents can book online, walk-up, or by invitation from the local authority.

Lateral flow tests are intended to detect the presence or absence of coronavirus by applying a swab from the nose and throat to a special test kit, and provide results without the need for a full scale laboratory.