The Duke Of Edinburgh, Prince Philip Has Died Aged 99 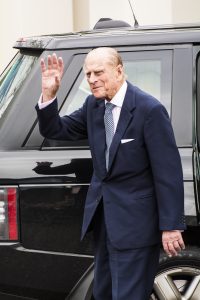 A statement from Buckingham Palace said: “It is with deep sorrow that Her Majesty The Queen has announced the death of her beloved husband, His Royal Highness The Prince Philip, Duke of Edinburgh. His Royal Highness passed away peacefully this morning at Windsor Castle.”

In 1939, Prince Philip a term as cadet at the Royal Naval College, Dartmouth. In September of that year he resumed training with the Royal Navy.

Philip was appointed as a midshipman in January 1940. He spent four months on the battleship HMS Ramillies, protecting convoys of the Australian Expeditionary Force in the Indian Ocean, followed by shorter postings on HMS Kent, on HMS Shropshire, and in Ceylon. After the invasion of Greece by Italy in October 1940, he was transferred from the Indian Ocean to the battleship HMS Valiant in the Mediterranean Fleet.

On 1 February 1941, Philip was commissioned as a sub-lieutenant after a series of courses at Portsmouth, in which he gained the top grade in four out of five sections of the qualifying examination. Among other engagements, he was involved in the battle of Crete, and was mentioned in dispatches for his service during the battle of Cape Matapan, in which he controlled the battleship’s searchlights. He was also awarded the Greek War Cross. In June 1942, he was appointed to the V and W-class destroyer and flotilla leader HMS Wallace, which was involved in convoy escort tasks on the east coast of Britain, as well as the Allied invasion of Sicily.

Promotion to lieutenant followed on 16 July 1942. In October of the same year, he became first lieutenant of HMS Wallace, at 21 years old one of the youngest first lieutenants in the Royal Navy. During the invasion of Sicily, in July 1943, as second in command of Wallace, he saved his ship from a night bomber attack. He devised a plan to launch a raft with smoke floats that successfully distracted the bombers, allowing the ship to slip away unnoticed. In 1944, he moved on to the new destroyer, HMS Whelp, where he saw service with the British Pacific Fleet in the 27th Destroyer Flotilla.[29][30] He was present in Tokyo Bay when the instrument of Japanese surrender was signed. Philip returned to the United Kingdom on the Whelp in January 1946, and was posted as an instructor at HMS Royal Arthur, the Petty Officers’ School in Corsham, Wiltshire.

After his marriage and honeymoon at the Mountbatten family home, Broadlands, Philip returned to the navy at first in a desk job at the Admiralty, and later on a staff course at the Naval Staff College, Greenwich.From 1949, he was stationed in Malta (residing at Villa Guardamangia) after being posted as the first lieutenant of the destroyer HMS Chequers, the lead ship of the 1st Destroyer Flotilla in the Mediterranean Fleet.On 16 July 1950, he was promoted to lieutenant commander and given command of the frigate HMS Magpie. On 30 June 1952, Philip was promoted to commander, though his active naval career had ended in July 1951.