The Great Escape To France! 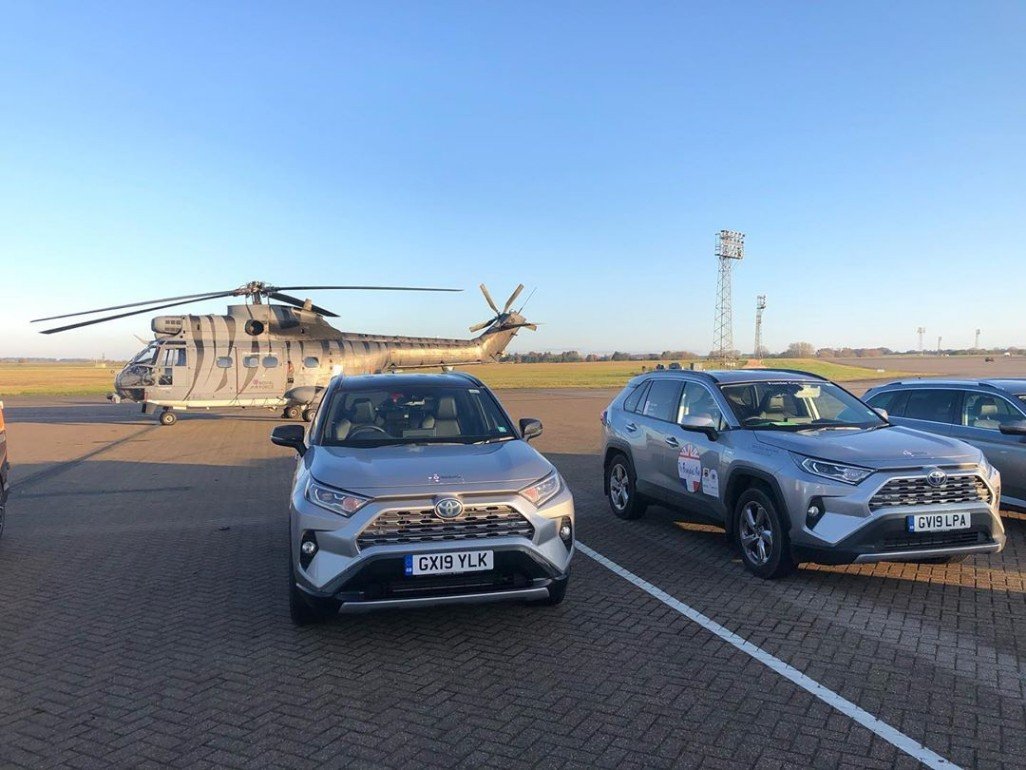 RAF Benson provided a fitting backdrop for the launch of this year’s drivers who were welcomed by Chief of Staff Wing Commander Matthew Tandy as well as Sheffield’s finest, Tony Foulds. Tony, famous for tending a Second World War memorial to US air crew in Sheffield’s Endcliffe Park, waved the cars on their way across Europe to the Beaujolais region of France.

Gary Axon, Beaujolais Run spokesman, said: “We are proud to be supporting those who gave everything to serve their country and the personnel serving today who continue to make sacrifices on our behalf. This year’s Run promises to be as spectacular as those which have gone before it, all the while offering its participants a unique insight into the audacious mission to dig out of one of the Nazi’s most notorious prisoner of war camps.”

During the Second World War, RAF Benson was home to the Photographic Reconnaissance Unit. These brave pilots flew deep into enemy territory armed only with cameras. Many did not return home. Several were captured, including Flight Lieutenant Alastair ‘Sandy’ Gunn. Sandy’s Spitfire was shot down and he bailed out over Norway.

He was captured by enemy forces and after weeks of questioning he was entered into the prisoner of war system and was eventually sent to Stalag Luft III, where he was a regular member of the ‘Great Escape’ tunnelling team. Unfortunately, Sandy was captured and, after harsh interrogation, he was shot by the Gestapo, along with 49 other escapees.

Wing Commander Matthew Tandy said: “We’re proud to be hosting the launch of this year’s Beaujolais Run, particularly as the competitors learn more about the Great Escape and fate of the brave Spitfire pilots from RAF Benson. We are delighted that the event is raising funds for the RAF Benevolent Fund. The Fund is at the heart of the support provided to the whole RAF family, for both serving personnel and veterans, and they have been there for us all during tough times.”