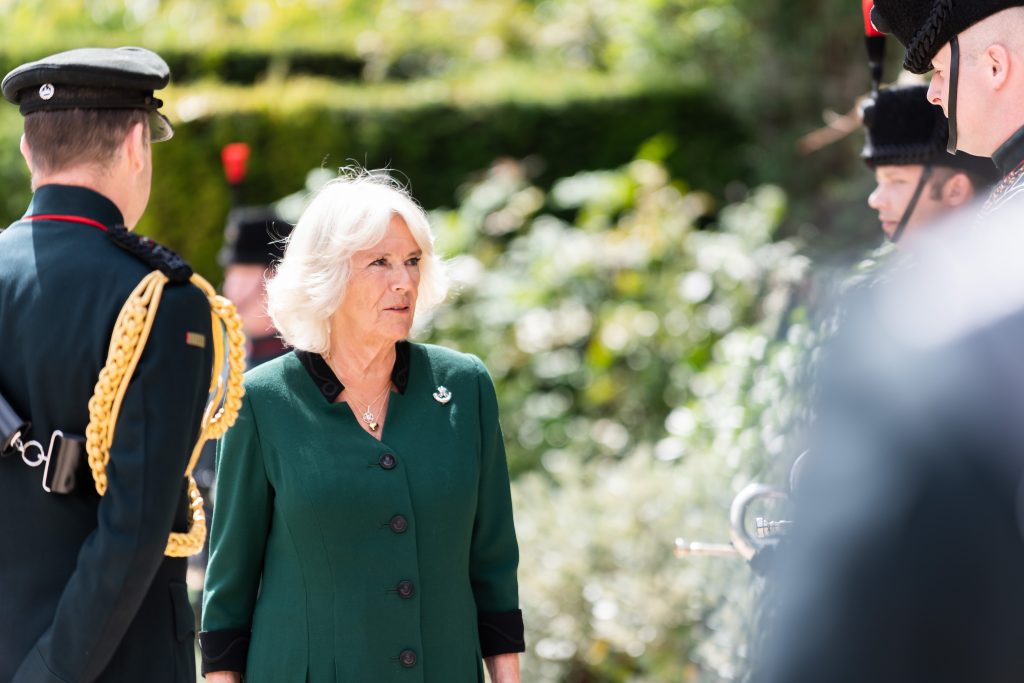 The Duchess has personal links to military organisations connected to her father, Major Bruce Shand, who was awarded two Military Crosses. Two Battalions of The Rifles form part of the celebrated 7th Infantry Brigade, otherwise known as the Desert Rats, with whom Major Shand served, and The Duchess is Patron of The Desert Rats Association.