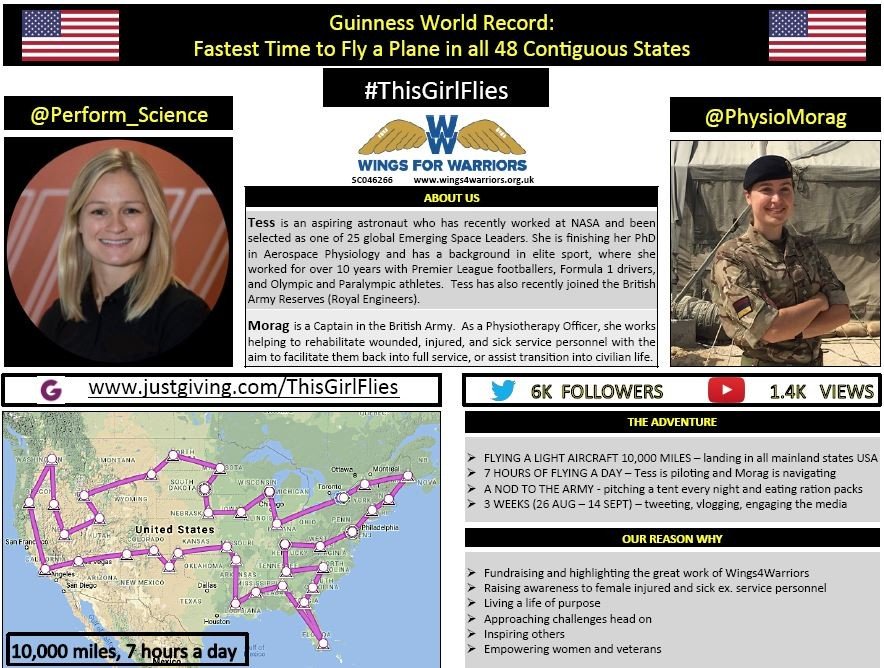 Tess and Morag aim to fly through all 48 contiguous US States in the fastest time possible! We have hired a Cessna 150 light aircraft and will be flying 10,000 nautical miles, 7 hours a day, for 3 weeks. We will be camping along the way – a nod to the British Army.

Wings for Warriors is a charity that fully funds wounded and injured ex service personnel to train as professional pilots. They aim to raise as much money as possible to allow even more veterans to achieve a sustainable career after life in the Armed Forces.