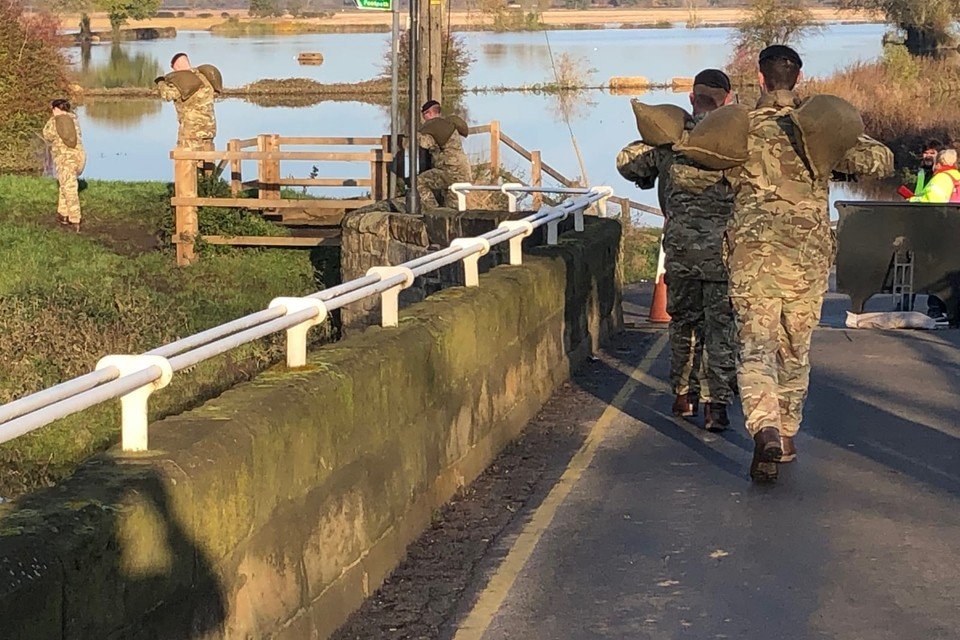 The troops, drawn from the UK Standby Battalions based at Catterick (Light Dragoons) and Cottesmore (2 Royal Anglian), are assisting civilian authorities on the ground by bolstering flood defences in the Doncaster and River Don area.

If necessary, soldiers will also provide help warning and informing residents, and support with potential evacuation efforts from high risk or flooded areas.

Following this deployment a further 200 personnel have been put on immediate readiness, and Defence and the Armed Forces will continue to stay in close communication with other authorities to assess the requirement for further personnel if needed.

The deployment of troops follows support provided at the weekend by the Royal Air Force, when RAF Chinooks were called in to assist a pumping station near Doncaster following heavy rainfall. The aircraft dropped 40 tonnes of aggregate at specific points to ensure flood defences could continue to work properly.