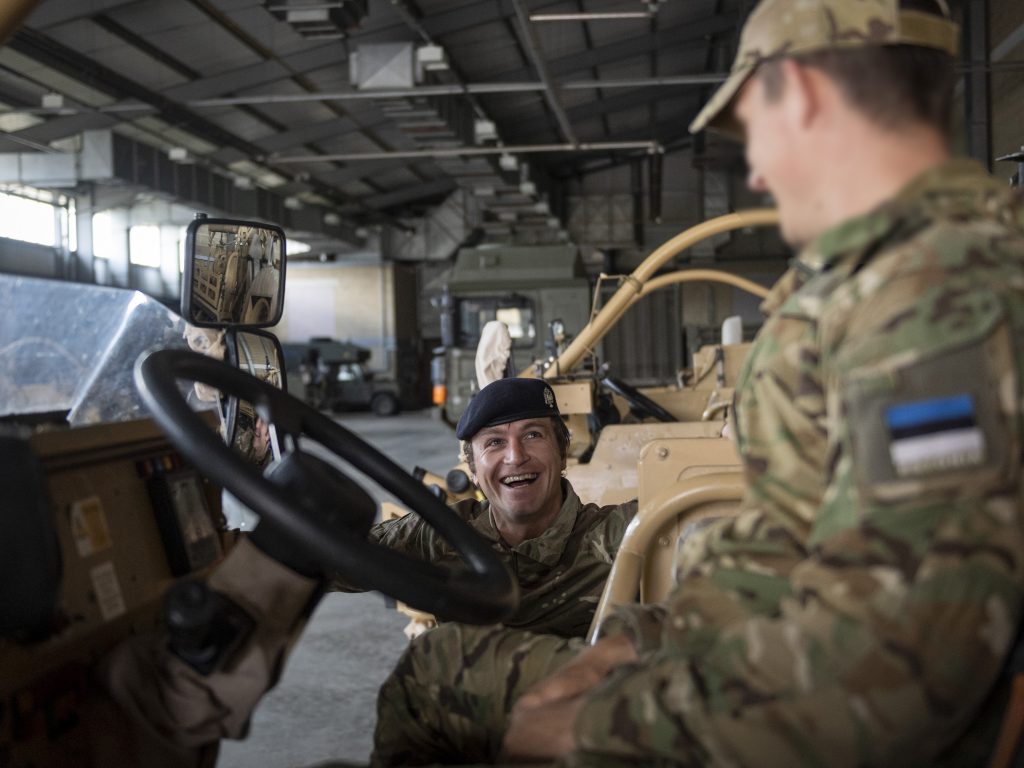 ESTONIAN Special Forces deploying to Mali will be loaned four Jackal armoured vehicles by the UK Ministry of Defence, it is today announced.

Minister for the Armed Forces James Heappey confirmed the loan, plus a three-week training package, for elite soldiers of the Estonian Armed Forces.

The loan will equip Estonian troops as they join the international fight against Islamic terrorism in the Sahel region of Africa, a further example of the UK’s strong partnership with one of its closest NATO allies.

“Having served with the Estonians in Afghanistan, I’ve seen first-hand the excellence of their Armed Forces and the depth of the friendship between our two nations.

“With the Jackal 2 the Estonian Armed Forces will be equipped with a proven, battle winning vehicle as they join the international effort to tackle terrorism.”

Following three years of close collaboration between the UK and Estonian Armed Forces on NATO’s enhanced Forward Presence, this loan points to the strength of the two nations’ military’s shared objectives and ability to work together.

British Army experts will this week finish providing drivers and crew from the EDF with a three-week training course on operating the Jackal 2 at Robertson Barracks in Norfolk.

The UK and Estonia have forged a tight-knit defence relationship in recent years, with the UK having led a multinational battlegroup in the country as part of NATO’s enhanced Forward Presence (eFP) since 2017.
NATO’s eFP in the Baltic States aims to enhance Euro-Atlantic security, reassure our Allies and deter our adversaries.
Over 800 British troops deployed in Estonia build understanding and share expertise with their local EDF counterparts on a daily basis with the Royal Regiment of Fusiliers currently providing the bulk of the combat capable force.

Further collaboration between the two countries has seen RAF Typhoons deploy to Estonia for NATO Air Policing in 2016 and 2019, when the jets conducted 21 interceptions of 56 Russian aircraft.

The UK is loaning the Jackal 2 vehicles to the EDF while they await the delivery of their Coyote armoured reconnaissance vehicles. The Jackals will be loaned until March 2021 or earlier if the Coyote’s are delivered before then.

Boasting a unique air-bag suspension system allowing rapid movement across the roughest terrain, the Jackal has been extensively used by British forces in Afghanistan.

Designated as a “high mobility weapons system”, it is designed to protect personnel against roadside explosions and mine attacks but also has an “open” crew compartment and a gun-ring with 360-degree sweep for excellent observation and agility.

Armed with a general purpose machine gun for crew protection, it can also carry either a heavy machine gun or a grenade machine gun as the main weapons system in the fire support role.

The vehicles are made by Devon-based company Supacat, which employs 130 staff in the South West including five apprentices and two reservists. They have manufactured 72 Jackals with the support of defence company Babcock since MOD placed a £74m contract in 2008 and now provides in-service support for the armoured vehicle.