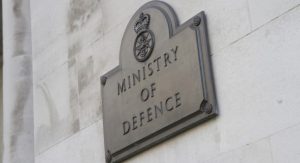 134 military personnel are to be deployed to Scotland to support the response to Storm Arwen.

Following an urgent request for assistance, the military is being deployed to the Grampian region of Scotland to support the response to Storm Arwen.

134 personnel from across the services will be deployed today (2 December) to check on vulnerable people in their homes and to conduct door-to-door checks on over 4,000 homes.

The military will also provide welfare and humanitarian support for remote communities and are on standby to deliver further support and vital supplies if needed.

Teams of 10 will deploy to remote communities across the region who have been impacted by the loss of power and water following the storm.

We are always ready to provide extra support to civil authorities across the UK in their time of need and it’s great to see units based in Scotland supporting their local communities.

Our dedicated Armed Forces will conduct door-to-door checks on people in their homes, providing essential support to those impacted by Storm Arwen.

There are thousands of military personnel on standby to support resilience tasks across the UK including the response to the coronavirus. There are over 300 personnel currently supporting health boards in Scotland with the vaccine rollout and the Scottish Ambulance Service.

This support has been provided through a Military Aid to the Civilian Authorities request which is the official process for MoD to provide assistance to other government departments and civil authorities for responding to emergencies, maintaining supplies and essential services during a crisis.

Those deployed come from units based in Scotland including 39 Engineer Regiment, 3 Scots and 45 Commando. Some of the marines from 45 Commando have recently returned from cold weather training.

The Ministry of Defence is also engaged with a number of local authorities in northern England who have been affected by Storm Arwen to identify where it would be appropriate to support.

Over the past five days, emergency teams have been working tirelessly to restore power in affected areas. Around 1 million people have been affected in total and power has now been restored to 98% of those affected.