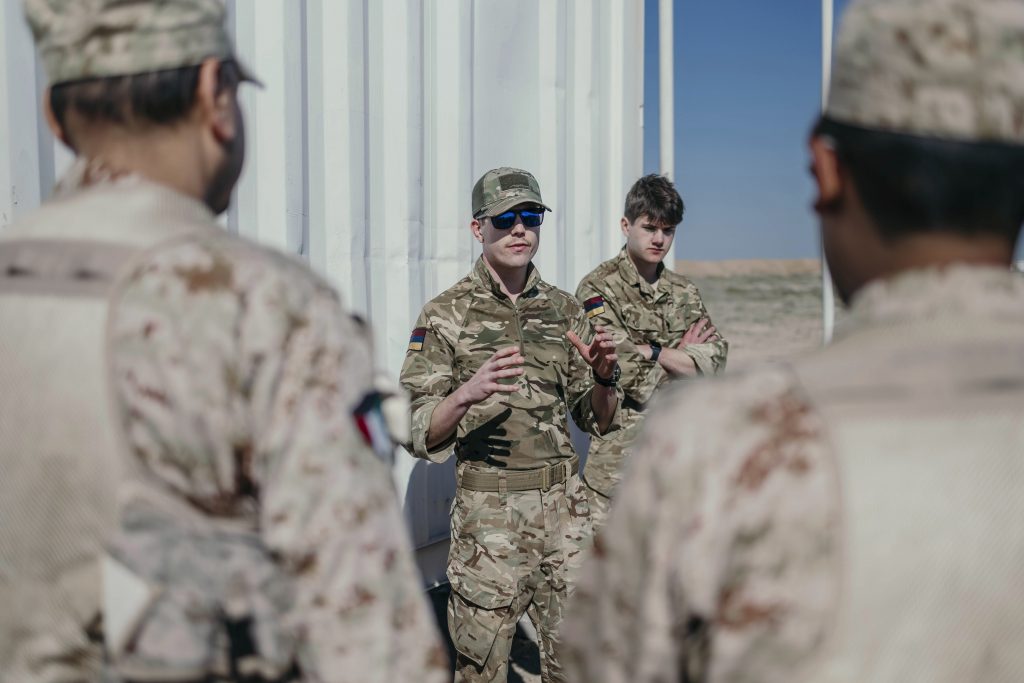 The eyes and ears of the British Army’s Global Response Force have shared their skills with their Kuwaiti counterparts during demanding training in the desert. Some 100 troops from 16 Air Assault Brigade Combat Team are in Kuwait to provide specialist training to the Kuwaiti Land Forces 4th Battalion, which is being re-roled as a reconnaissance unit.

Reconnaissance is a vital military capability, with troops operating behind enemy lines to find and relay vital information back to inform mission planning. The more and better information commanders have about factors such as terrain, infrastructure, enemy forces and the civilian population within an area, the better their plan will be and with more chance of success. Led by Pathfinders, 16 Air Assault BCT’s advance force, the troops deployed on Exercise Desert Warrior come from eight different units to provide expertise in the engineering, medical, logistics and communications skills needed by reconnaissance soldiers.

The deployment demonstrates the UK’s strong relationship with Kuwait and our work to develop its military capabilities to promote stability in the Middle East. For the British soldiers, the three-week long exercise provides an opportunity to learn from the Kuwaiti troops greater experience of operating in the desert to take back to their role in the Global Response Force. Colchester-based 16 Air Assault BCT is specially trained and equipped to deploy by air and held at very high readiness to respond to global crises and its troops must be ready to operate in any environment. It is a key element of how the British Army will operate under the Future Soldier vision as an ever more agile, lethal, and expeditionary force.