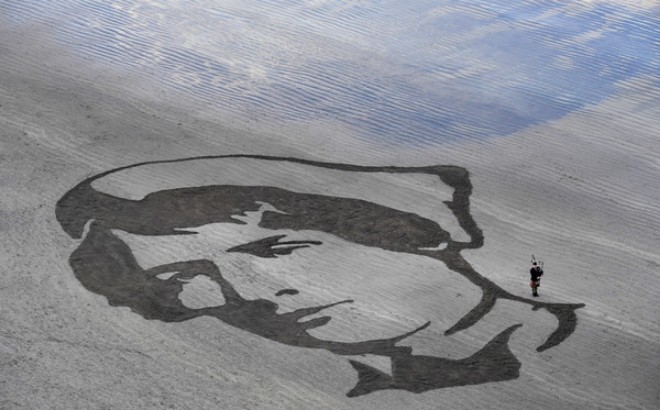 Residents, staff and volunteers from The Royal Star & Garter Homes have recited a poem written to commemorate 100 years since the end of the First World War…

A Wound in Time was penned by Poet Laureate Carol Ann Duffy and formed part of film director Danny Boyle’s Pages of the Sea project, which marked the Armistice centenary on beaches around Britain on 11th November.

It tied in with #RSGHremembers, the Charity’s Remembrance Day campaign which featured staff, volunteers and residents from The Royal Star & Garter Homes holding photographs or medals of relatives who fought in the First World War.

The Royal Star & Garter Homes cares for ex-Servicemen and women and their partners living with disability or dementia at award-winning homes in Surbiton and Solihull. The reading is especially poignant as the Charity was founded in 1916 to care for the severely injured young men returning from the battlegrounds of the First World War.

Unable to travel to the coast but keen to play a part in the project, residents from both Homes read the poem, along with staff and volunteers.