VJ Day 75 – The Story Behind “The Kissing Sailor” 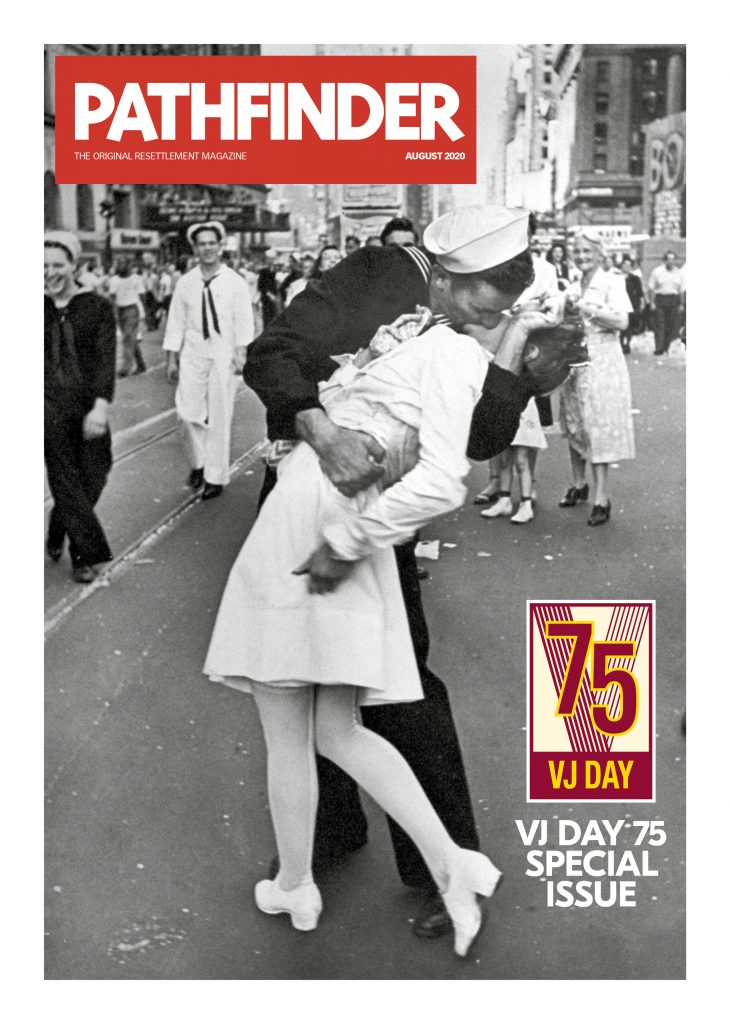 You may have noticed a slightly different front cover for this special edition August 2020 VJ Day 75 anniversary? Here Pathfinder editor Mal Robinson looks back at the story behind it with the 75th anniversary of VJ Day being tomorrow..

George Mendonsa, a sailor on return home from duty in World War 2 must surely have never thought he would be plastered inside Life magazine and be part of a duo of one of the most iconic photographs in modern history, when he celebrated the news of the Japanese surrender in August 1945 in Times Square, New York.

Yet, when by chance a snapper from the media captured the moment George kissed an unknown woman, it would go on to be forged into photographic history, but who were the people involved?

George Mendonsa was 22 years old in August 1945, a Navy quartermaster on leave from the Pacific theatre. He had dropped out of school at 16 and worked with his dad, a commercial fisherman, in Rhode Island, enlisting in the Navy after the attack on Pearl Harbour.

The other person in the photo was Greta Zimmer, born and raised in Austria, she left to flee to America with her two sisters at the advice of her parents to avoid the war as much as they could. She had no clue if her parents were still alive or not back home at this time. Greta was in fact a dental assistant in a nurse’s uniform.

George was out on a first date with a girl who would become his wife! They had agreed to visit the cinema, but when news broke about the Japanese surrender, marking the end of World War 2, the motion picture was halted and everyone hit the streets to celebrate, including George and his date Rita Petry.

As George explained in an interview with the New York Times back in 2012… “‘There was pounding on the doors from outside on the street, they put the lights on and stopped the show and said, ‘The war is over, and the Japanese have surrendered.’”
The couple visited a bar a few blocks away, where drinks flowed and a party ensued with George adding, “I popped quite a few drinks!”

They then visited Times Square to continue the celebrations when George spotted Greta in her nurses’ uniform. George had huge admiration for the nursing profession since being aboard the USS The Sullivans. Nearby the sister warship the USS Bunker Hill was attacked by two Japanese kamikaze planes, setting off explosions and killing 346 sailors, of which 43 bodies were never recovered.

George helped with the rescue and watched on as nurses nearby tended to survivors and tried to save as many men as they could.

And so with George merry with drink and joyous in mood, he spotted Greta and in an over enthusiastic show of thanks, grabbed Greta and kissed her on the spot, with Rita steps behind in the frame of the original unedited photograph smiling on, admitting his actions never bothered her and it was just part of the celebrations.

The trio involved did not realise they had been captured on film by photographer Alfred Eisenstaedt until decades later.
Life initially published the photo on page 27 of their VJ Day celebratory special issue and in subsequent issues since it has appeared inside the publication, yet it wasn’t until 1980, did the image catch the public imagination, when Life claimed to have found the nurse involved in the image, but it was not Greta.

All three subjects instantly recognised themselves in the photo and in 1987 when Life began selling prints of the image, did a legal battle begin, with George trying to prove it was him in the photo.

Eventually, following many legal arguments and even using scientific evidence it was proven that George, Greta, and Rita were indeed in the photo.

George died at the age of 95 in 2019, married of 70 years to Rita in Rhode Island. Greta never returned to Austria, where she discovered both of her parents had died in concentration camps.

They say a picture paints a thousand words, although I bet George, Rita and Greta would argue against that in this case. 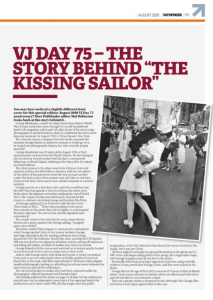