The entries are now closed and we have 5 designs to choose from for Pathfinder’s Forces in the Frame competition in which we asked you the general public to design our next front cover for our June issue in time for Armed Forces Day on Saturday June 27 2020.

We allocated a theme of “what the Armed Forces means to me” for the national event at the end of the month.

Many thanks indeed for your entries. These have now been whittled down to 5 for a final shortlist to vote from.

Voting is easy! Either email Pathfinder editor Mal Robinson at MRobinson@balticpublications.co.uk with your choice of vote OR like/comment on any of our social media posts on Facebook, Twitter, LinkedIn or Instagram before NOON on Friday when the votes will be collated between all of these functions and the winner declared.

Good luck to all and thanks to TVS Supply Chain Solutions for their support with this contest.

The designs can be seen below and are numbered 1-5. Simply choose one! 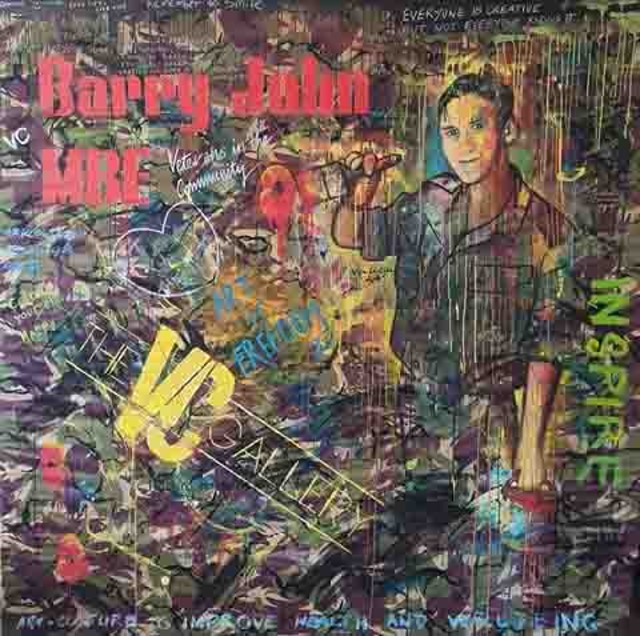 My name is Nina Camplin and I am 56 years old.

My painting is 5ft x 5ft, painted onto camouflage material. It is a dedication to Barry John at the VC Gallery.

Before I moved to Pembrokeshire, I didn’t really have much involvement with the military, but I came across a gallery in Haverfordwest that was set up originally to help veterans cope with PTSD by Barry John, who was an artist and veteran himself.

This gallery has been running for over 5 years and has evolved to become accessible to anyone with mental health issues or disabilities. It is far more than a gallery, it is a lifeline and safe haven to many people.

When the gallery opened up a second drop in centre in Pembroke Dock, I became resident artist there, running workshops and outreach projects for the local community.

Whilst I was based at Pembroke Dock gallery, I painted this portrait of Barry John as a young recruit, when he first joined the army, he was actually painting the walls of a hospital, so symbolically, it shows his first involvement in supporting mental health and disability as an artist.

After I had painted his image I opened it up for everyone to write their thoughts onto, it now contains many positive messages. 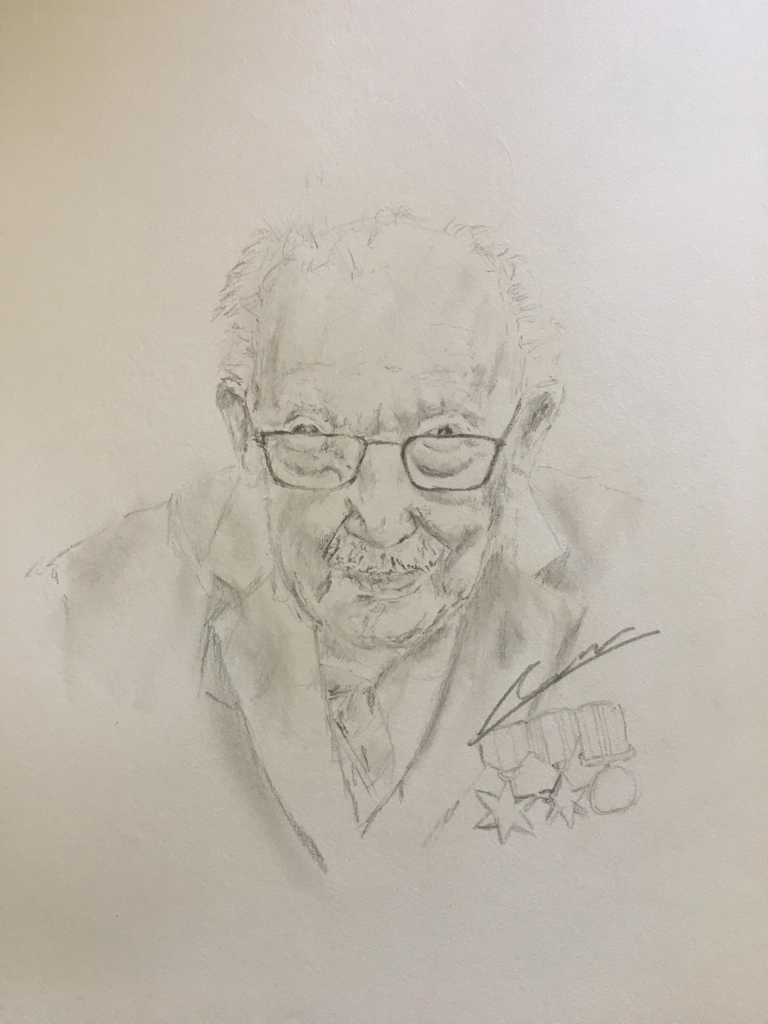 This entry has been sent in by Emma Lambert, mum of 12-year old Connor Lambert and Emma added…

My son, Connor Lambert would like to enter his sketch of Captain (now Colonel) Tom. He is 12. To him it symbolises the commitment and dedication soldiers make to the country. 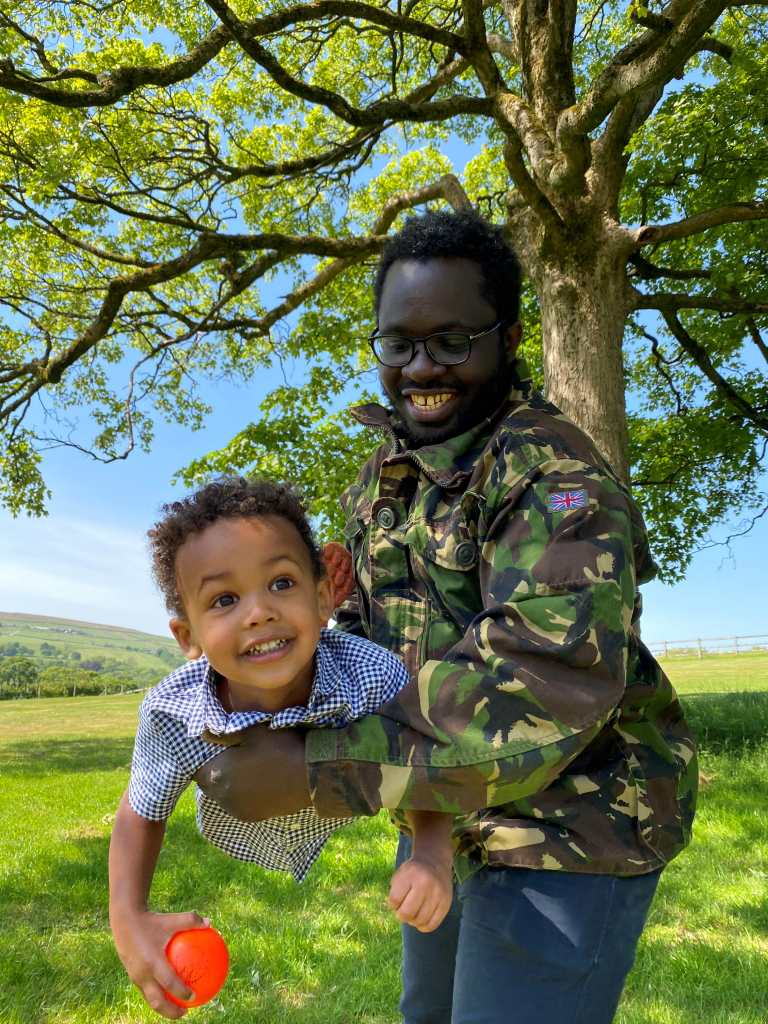 My thinking behind the image is that Armed Forces families, including the wives, husbands and children are hidden heroes. I believe as a society we don’t understand or appreciate enough the work the military do for us and the sacrifices they make and we understand even less so the sacrifices that their families make. I feel also that a lot of people see the military as separate and don’t truly see them as normal families in an abnormal sometimes high stress, uncertain situation. If you like Armed Forces families socially distance civilian families from the horrors of war.

The photograph with Raphael (a veteran) the father of the little boy, swinging him in the air. The little boy’s name is Ezra and mummy is called Rebecca (Bex) and she is expecting baby number two (another boy!). 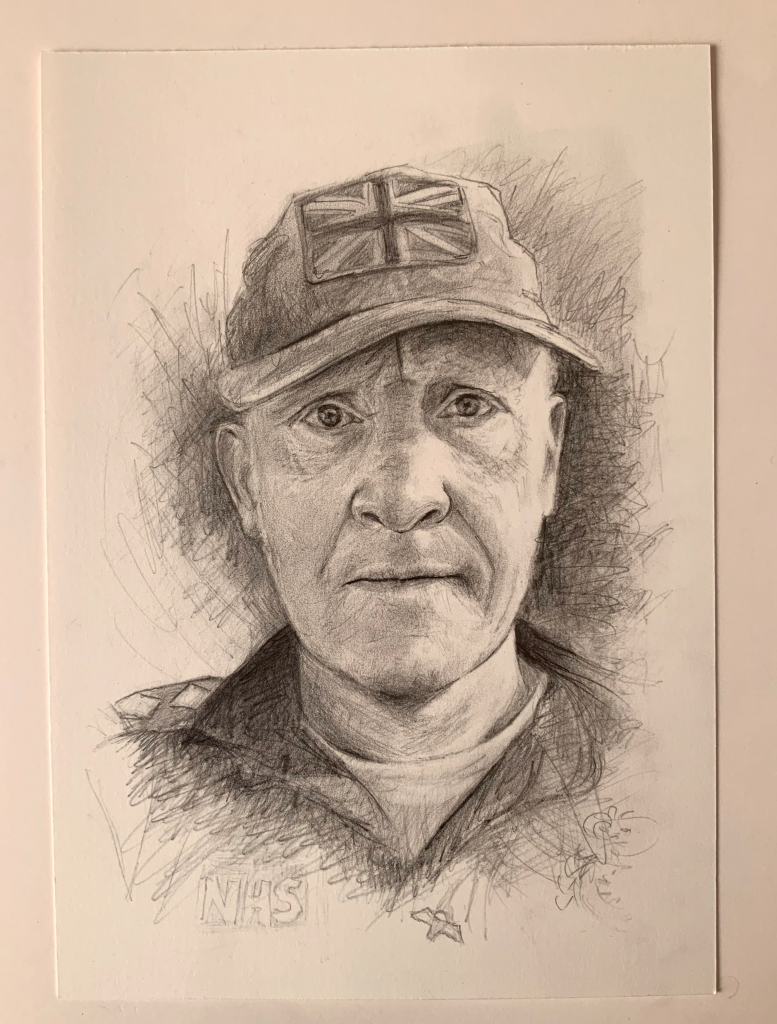 The next entry is from Lynne Davies. Lynne added…

A military friend said I should send this drawing to see if it was suitable for the cover. #portraitsfornhsheroes was an initiative started by an Artist called Tom Croft. The idea being to draw/ paint a free portrait of an NHS worker. I painted my daughter first, who is a paramedic. I was inundated with requests after that and I’ve completed as many as I can. Chris’s portrait has proved very popular. . Chris loves his portrait and says what we are doing has really boosted moral. . Chris is ex-military now working as a frontline paramedic. 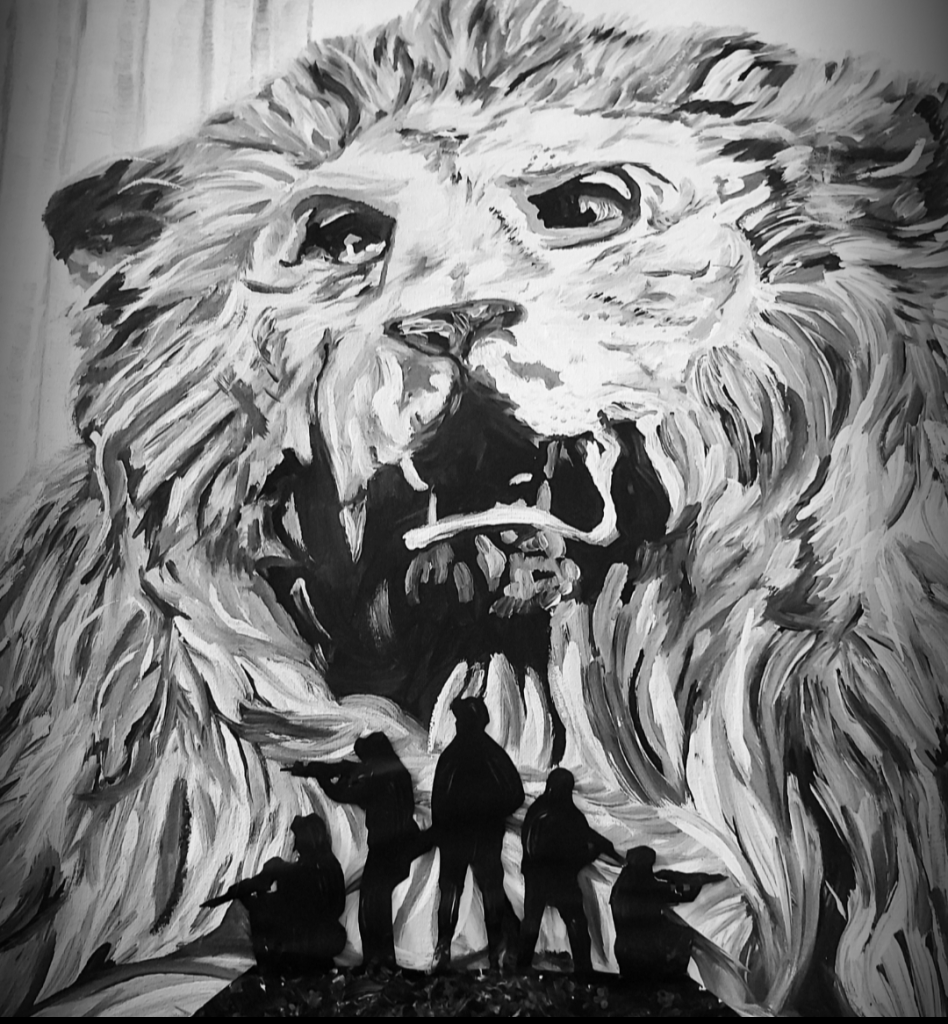 The fifth entry was sent in by Tanya King who added…

What the armed forces mean to me ? Strong workforce

I have chosen “The lion” as it is a symbol of England and our national “pride” . I am a outside artist.

I have taken the inspiration of London’s Trafalgar Square ” attributed to brave Nelson , where the lions seem to act as guards.

The lion I feel represents the courage, justice, power, strength, wisdom, pride, dignity, dominating and authority.
The same qualities as all our armed force members, which they have to sustain and their families who await them whilst in service.

I have used the silhouette of soldiers in my composition to show our army forces on the frontline .

To also bring artwork up to date as many are now using the silhouette style .
The lion symbolising… they fight like lions for our country .It can also represents “us” as a nation to show we are behind them .
I hope this can be open to many to interpretations.

Many thanks to all of our entrants for their designs and Goof Luck to all five!

Now get voting for your favourite! 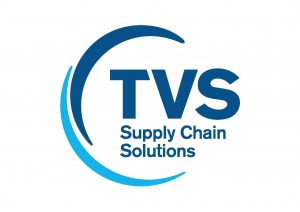