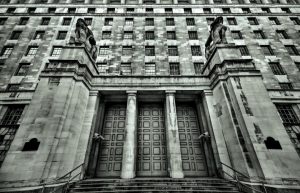 The British Army is introducing a pioneering warfighting experimentation Battlegroup.

Soldiers will have their future warfighting skills sharpened and developed further by the establishment of the new dedicated force, based on an infantry battalion but with elements from across the army, designed to fight prototype warfare at the leading edge of defence.

In setting a bold ambition for the future, the experimentation Battlegroup will pit soldiers, equipment and tactics against the very latest hybrid and conventional threats posed by terrorist, proxy and state adversaries.

With every great advance in technology comes an advance in the way we fight. The British Army has a proud tradition of experimenting and innovating with new technologies during each of the previous industrial revolutions so as we enter this new age of big data, automation and artificial intelligence, it’s important that the new Experimental Battlegroup will be able to build on that tradition and integrate these latest advances into our force structures, equipment requirements and tactics.

Supercharging experimentation, the force will lead in trialling cutting-edge technology and its integration into the way we fight; testing the force to its limits, driving innovation and ensuring that the army’s structures, equipment and way of fighting evolve in line with the threats.

This will push forces to their limits to drive innovation to the core of British Army structures and future-proof the battlefield for British personnel.

The Battlegroup draws on the heritage of previous experimental units during earlier industrial revolutions such as the Experimental Corps of Riflemen in the Napoleonic Campaign who introduced rifles, sharpshooting and skirmishing tactics for the first time and the Experimental Mechanised Force formed in 1927 to investigate and develop the techniques and equipment required for armoured warfare.

As part of the Integrated Review, the army will modernise to form a more agile and integrated force able to exploit Defence’s network across the globe delivering vital capabilities in the most-contested environments.

The Defence Command Paper published on 22 March and outlines further details on how defence will adapt and modernise to meet future threats.