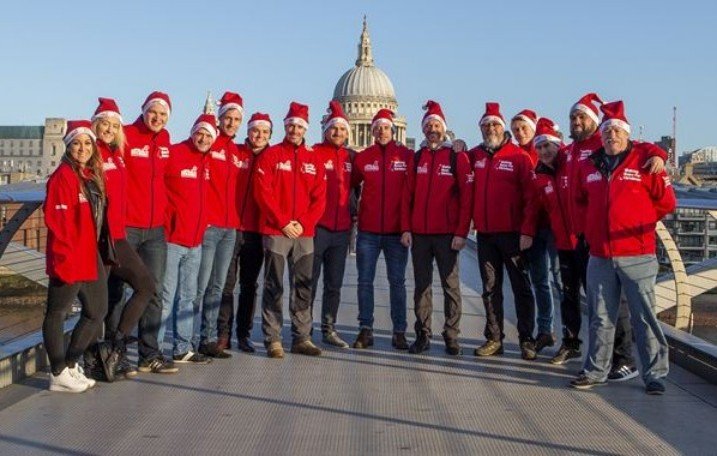 This week, Walking With The Wounded celebrated the official launch of Walking Home For Christmas with Ex-England and Chelsea star, Wayne Bridge – the former footballer turned adventurer was inspired to get involved in the annual campaign after winning Channel 4’s SAS: Who Dares Wins earlier this year…

Wayne was joined by a host of beneficiaries and supporters of the charity on a walk to the Cenotaph in London to raise awareness of the cause and inspire members of the public to sign up for their own walks in December. He said: “After taking part in SAS: Who Dares Wins and getting to know some of the guys taking us through the challenges, you quickly learn the immense stresses they’ve had to go through, both physically and mentally, to risk their lives to make Britain and the world a safer place for us all.

“Yet when they return, they may find themselves isolated and struggling to find work as they adapt to civilian life – all while struggling with their mental health after witnessing scenes in battle that you or I cannot imagine. There’s a solution there and a simple one, by going for a walk in the run-up to Christmas, you can raise money that is essential to help these brave men and women who have risked their own lives thousands of miles from home.”

The retired professional footballer was joined by actors Dean-Charles Chapman 22, and George MacKay 27, the leads for British film Director Sam Mendes’ upcoming WW1 film ‘1917’, which will be released in cinemas on 10th January.

Sam Mendes said: “I care about our ex-military because my own grandfather fought in the war and it’s his experiences that inspired me to write and direct 1917. It shows the extraordinary things young men and women do and go through during wartime. Those experiences will impact their lives forever and especially at Christmas.”

The campaign invites anyone to register for free, receive a branded Santa hat and do a sponsored walk home or somewhere important to them anytime between 12 -22 December. The event is aiming to support 400 ex-servicemen and women who are socially isolated, struggling with their mental health, homeless or caught in police custody – and get them back into employment and independence.

Signing up for Walking Home for Christmas is easy and free – simply head to www.walkinghomeforchristmas.com and register for your fundraising pack.