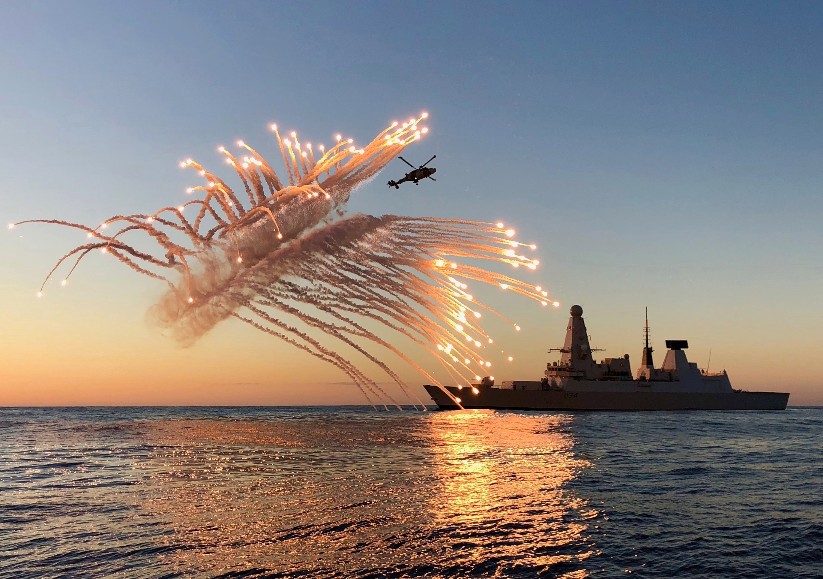 The impressive set of images showing operations, training, equipment and sport were all taken by Royal Navy sailors and marines to capture the amazing work undertaken by the naval service around the world. Now the skilled photographers have been recognised for their perfect pictures in the Royal Navy’s annual photographic competition – the Peregrine Trophy Awards.

Royal Navy photographers are charged with telling the stories of sailors and Royal Marines around the world through still imagery and video, taking them on deployments with warships and commando units wherever they may go. In the past year their imagery and video has covered everything from Royal Marines training in the frozen Arctic circle to maritime security operations across the seven seas.

Leading Photographer Sam Seeley was named photographer of the year by the judges. Sam said: “It is humbling to win this award and have your work appreciated. I believe I have the best job in the Royal Navy – thanks to the variety of the work and the unknowns. One day you’re with the Royal Marines storming a beach and the next you’re landing in a helicopter on the back of a frigate in the North Sea.”

Sam joined the Royal Marines when he was 20, gaining his coveted green beret and deploying to Afghanistan with Taunton-based 40 Commando where he trained the local Afghan police. He later specialised as a mountain leader, and ultimately joined the Surveillance Reconnaissance Squadron before becoming a Royal Navy photographer.

Joining up as any other rating into a particular trade such as logistics, engineering or warfare specialists, RN photographers work hard to excel at their chosen field before being accepted into the elite photographic branch.