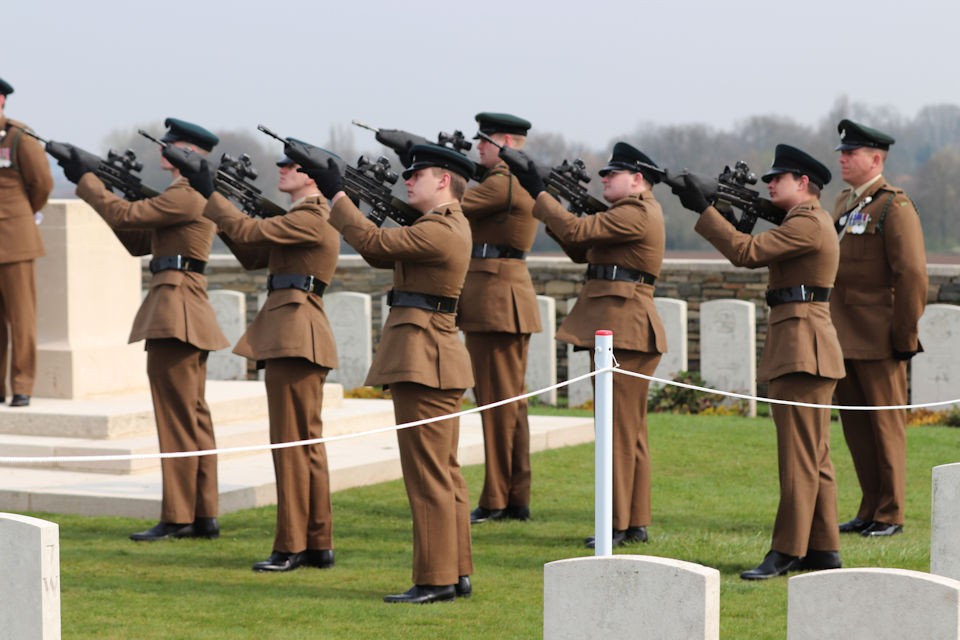 Private Arthur Burt who served with the Duke of Cornwall’s Light Infantry, has finally been laid to rest after he was killed during World War 1…

Private Burt was buried last week during a moving ceremony at the Commonwealth War Graves Commission (CWGC) Guards’ Cemetery, Lesboeufs, on the Somme in France. The service, organised by the MOD’s Joint Casualty and Compassionate Centre (JCCC), part of Defence Business Services, was conducted by the Reverend Richard Begg CF, Chaplain to the 3rd Battalion, The Rifles.

Nicola Nash, JCCC said: “Being able to discover the identity of an unknown soldier is hugely rewarding and I feel privileged to be here to see him finally laid to rest by members of the present-day regiment. His bravery and sacrifice will always be honoured and remembered.”

Pte Burt was killed on 16 September 1916, during the Battle of Flers-Courcelette, which was part of the Battle of the Somme. He was found with several artefacts including a disc that was engraved with “Pte. A. Burt, 13201, 7th D.C.L.I.”. Following this discovery, the JCCC were then able to trace the nephew of Pte Burt, Mr Philip Lean, who provided a DNA sample which confirmed the identity of PteBurt after more than a century.

Mr Lean and 8 members of his family were able to attend the burial to pay their respects. Brigadier Rob Thomson from the British Embassy in Paris was also in attendance. Current members of the Rifles paid their own tribute by providing the bearer and firing party.