Part two of Pathfinder’s look back at 20 years of involvement in Afghanistan sees our editor, Mal Robinson, reflect on his time as a civilian contractor in Kabul and how the recent horrific scenes in the Afghan capital, following the resurgence of the Taliban in country, brought back memories of an 8-month stay 10 years ago. 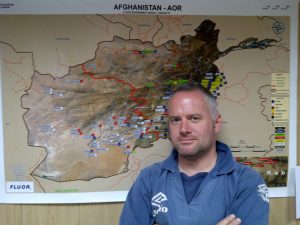 I left the Royal Air Force in August 2011 after nine year’s service, including two tours of Afghanistan and one in Iraq.

I left the RAF to take up a role as a civilian contractor based in the Afghan capital, Kabul, following a merry-go-round of stalling decisions on my future in the forces, with MOD cuts doing the rounds. My old boss in the RAF, being my new boss in Kabul, had a significant impact on my decision and what seemed like an instant, I had departed the gates of RAF Northolt and I was on final approach to Kabul International Airport, via a few days of paperwork and training in Dubai.

The company I worked for had a presence in each of the airfields within Afghanistan from Kabul to Kandahar, to Camp Bastion, Mazar-e-Sharif, Jalalabad, Herat, you name it and we were there.

Kabul though, was the only base the company had in which staff were accommodated “off-site” as in away from airport operations and the safe haven of NATO troops. We were to reside in a secure compound known as Green Village around a mile and a half away from Kabul Airport.

It was only on the day of the flight from Dubai, alongside a fellow new starter, did I appreciate the fact I’d be landing on a civilian airliner (Fly Dubai) on the civilian side of the airport. I had been under the impression; I’d be landing and handled on the military side of the airfield and thus a little safer!

As the mountains of Kabul loomed towards the descending aircraft, Mihai, my new colleague gave me a glance and raised his eyebrows, as if to say, “here we go then!”

The airport had not been touched since the 1950’s or so it seemed. Only one of the baggage belts was working and a long queue ensued for foreign nationals entering the country. There was a lot of noise and a lot of commotion and it all seemed to be a state of organised chaos. 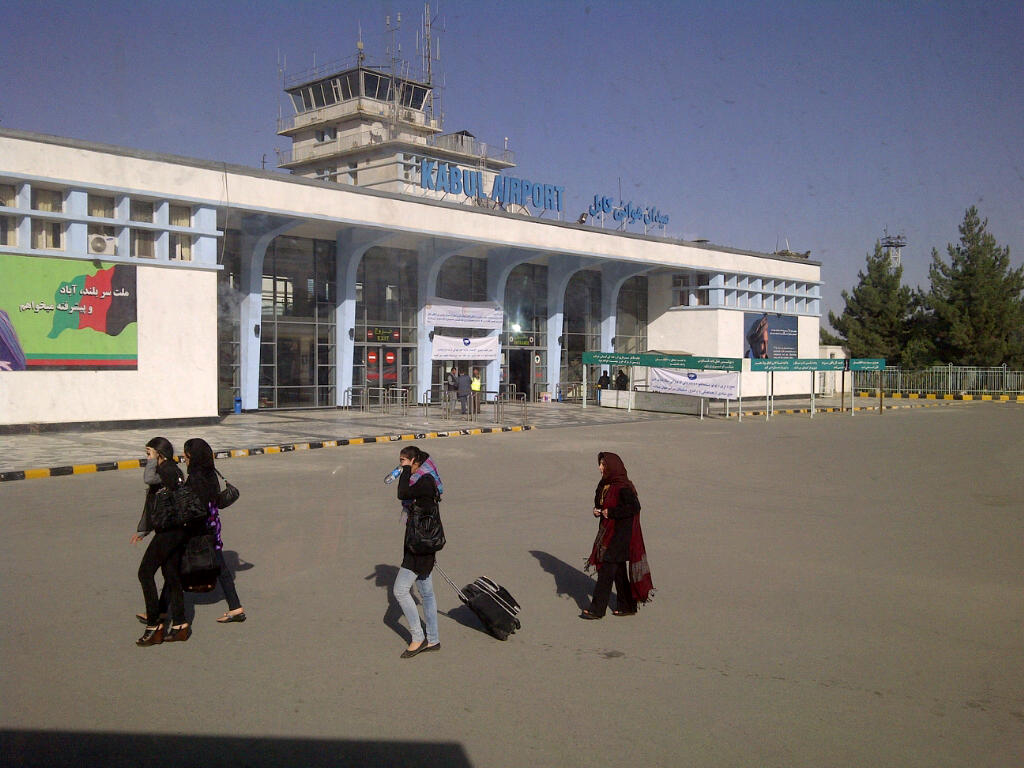 After an hour or so, we finally made it through customs, imports and whatever other queue and documentation check was available. All the while, it was playing on my mind what scene would meet me outside the terminal.

We were told in no circumstances were we to use the flurry of yellow cabs waiting outside.

I was told to wait for our HR manager to meet us outside the terminal, but after ten minutes or so, there was no sign, until what we thought was a local Afghan female came over and approached us with her black veil worn over her head. It transpired it was Ingrid, our HR manager, who thought she’d have a little fun with us on our first sojourn into Kabul.

The whole airport looked to be a scene of chaos, hustle and bustle, but if the arrival was edgy at times, the first and subsequent departures were ten times more nerve wracking.

To leave the country via the airport, there seemed to be a labyrinth of security checks and scanners, designed to identify any would be terrorist at the earliest opportunity and negate a suicide attack inside or near the terminal. 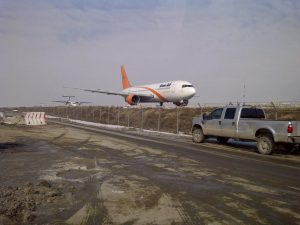 There had been many security instances already which had killed locals in and around the vicinity. The route into Kabul Airport and its surrounds, was not a place then to hang around and the name of the game was to get into the airside of departures as quickly as possible.

This was easier said than done.

Following the endless stop and searches, on entering departures, a melee greeted you once inside. There were several flights leaving that day and although check in desks were open, there seemed to be no particular queue for any individual flight.

I was asked several times to pay locals in order to help facilitate my journey through the madness to check in a little easier and by the time the tenth person asked me for Dollars to check me in, I accepted.

It was then a case of waiting to get through customs and on some occasions, it would take several hours, one time even seeing a group of us storm to the front and ask to be let through as our flight (in which we were many hours early for) was about to depart! 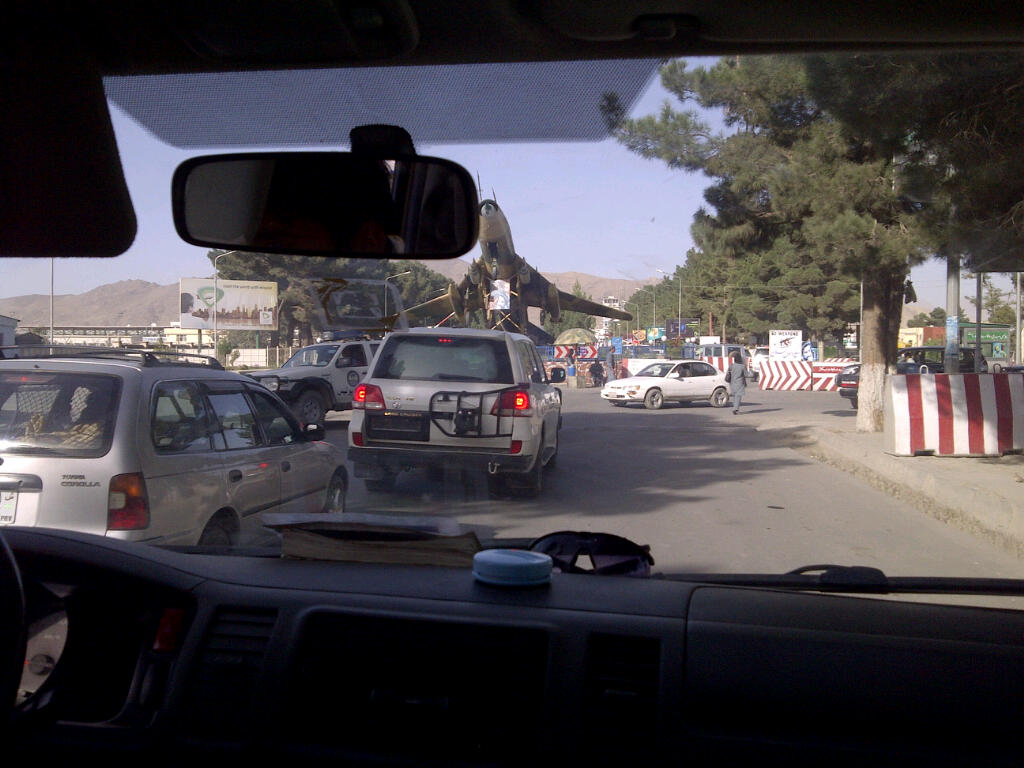 The road leading to Kabul International Airport, circa 2011

Fast forward to August 2021 and I can’t begin to imagine the chaos and hysteria surrounding Kabul International Airport now.

I watched on in disbelief at how quickly the Taliban regained control of the country and watched in horror the scenes of civilians on the tarmac at the airport trying in vain to board flights and cling to the side of outgoing military aircraft.

I felt empty watching it all unfold. It wasn’t just the fact I’d been in Afghan with the RAF and then as a contractor, it was the fact this event which the whole world was watching live, happened on my old working patch.

The terminal, the North Gate (where so many are crammed at the time of writing trying in vain to flee the country) the roads around the airport, that I knew so well and now the scene of carnage, as UK soldiers and their allied counterparts try to deal with a huge ongoing situation, none of us in our time have encountered. My heart goes out to them all doing such a fantastic job in the most trying of circumstances.

If what I had experienced at Kabul Airport was a sense of normality, who knows what pandemonium ensues as the deadline to evacuate Westerners and entitled people approaches.

It isn’t until you start to unravel those thoughts and analyse facts, figures and actions, do you begin to realise, we all played a part in re-opening schools, educating girls, allowing at least two generations of Afghans to taste some kind of normal and allow them to lead better lives.

I only hope and pray the country does not return to the state allied forces found it in back in 2001.

I end on the memory of one of my former drivers in Kabul, who now thankfully has fled to Germany to live (yet his family remain in serious danger in Kabul) and his recollections of wild dogs roaming the streets feeding on mounds of human remains, thanks to brutal killings from the Taliban.

The wild animals became so accustomed to eating dead bodies, they developed a taste for human beings and as a result, people would need to run for fear of attack not only from the Taliban but wild dogs too.

For the sake of humanity, let us hope the darkness of those days does not cloud Afghanistan once again. 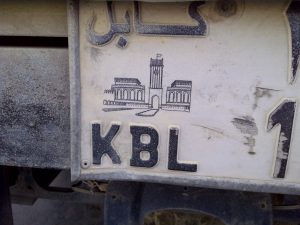