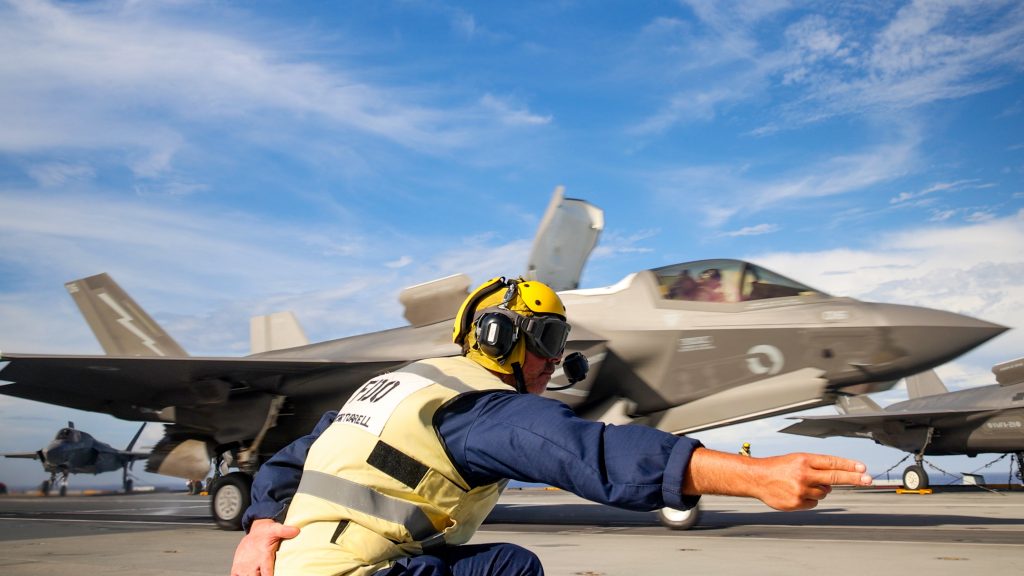 The United Kingdom and the United States of America have been proving interoperability between their ships and strike fighter squadrons while at sea.

F-35B Lightning II jets from 617 Squadron and from United States Marine Corps VMFA 211 are embarked on the Royal Navy flagship HMS Queen Elizabeth and they have been conducting sorties with the aircraft of US Navy amphibious assault ship USS America (LHA 6).

Joint exercising between the UK Carrier Strike Group and the US Expeditionary Strike Group 7 have covered a range of serials, including Naval Gunfire Support to amphibious landings, Replenishment at Sea and joint flying. HMS Queen Elizabeth is the deployed flag ship for Carrier Strike Group 21(CSG21). CSG21 will see the ship along with the Strike Group work with over 40 countries from around the world. 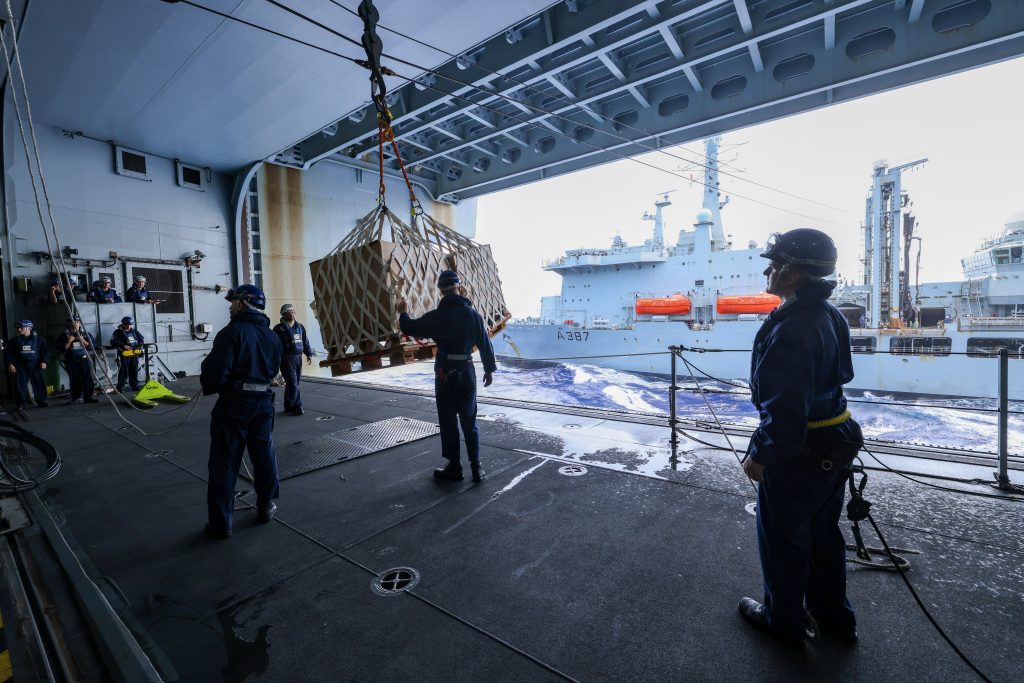 ANOTHER FIRST FOR HMS QUEEN ELIZABETH
While deployed with the UK Carrier Strike Group, HMS Queen Elizabeth completed a transfer of live munitions from solid support ship RFA Fort Victoria on Tuesday 17 August 2021.
This was the first Replenishment At Sea of live munitions to a Queen Elizabeth Class carrier, with 14,540kg of munitions transferred including 16 PAVEWAY IV for the F-35B jets and 41,785kg of mixed food and maintenance stores for the ship.

The Strike Group will operate and exercise with other Countries Navies and Air Forces during the 7 month deployment. The Strike Group includes ships from the United States Navy, The Dutch Navy, and Marines from the US Marine Corps. As well as UK Frigates, Destroyers two RFA supply ships and air assets from 617 Sqn, 820 NAS, 815 NAS and 845 NAS. This will be the largest deployment of Fifth Generation Fighter Jets in history.