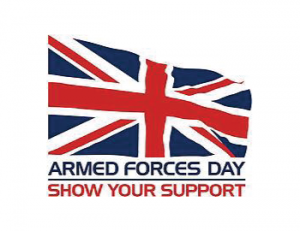 Pathfinder International editor, Mal Robinson, himself a RAF veteran,  writes his thoughts on what Armed Forces Day 2020 means to him…

Around this time of year, I always write about the celebration that is Armed Forces Day and the reasons behind it. I tend to pick someone and dedicate that year’s event to them. I have chosen my father and a fallen soldier I helped to repatriate in previous years, however this year I wanted to simply dedicate Armed Forces Day 2020 to our current crop of troops from all three branches of the military – The Royal Navy, The British Army and the Royal Air Force.

2020 has been an incredible year for us all and when I use the word incredible, it is not in a positive light. COVID19 has ripped up the rule book of everyday life and stopped the globe in it’s tracks.

There have been many heroes come to the fore though, those who have stepped up to the plate and took on the challenge of the coronavirus pandemic. We have already thanked the good work of the NHS by clapping every Thursday and Pathfinder has also previously campaigned for all of our services, armed and emergency to be remembered earlier in the year on the 75th anniversary of VE Day – so thanks everyone for your support in that.

Now though, I want to put the spotlight on the superb work of the UK’s military this year, mainly conducted on home soil, for a change.

As editor of a military magazine, I receive constant news stories on and around the forces community. The amount of stories I have seen (and often included in the magazine and online) on our military assisting with the COVID19 crisis has been both heartwarming and encouraging, encouraging in the sense there is an end in sight through all of this.

Forces personnel are never the type to shout about themselves, or the great things they do, so I will do it for them here.

I have seen service personnel on the streets of the UK conducting COVID tests to key workers and the general public, the Nightingale hospitals were set up under the watchful eye of military commanders, military units producing face masks, personnel involved in driving ambulances through to delivering PPE to those who need it, the list goes on and on. 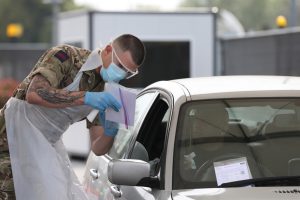 Operations overseas include forces personnel travelling to British Territories to ensure the war against COVID is tackled head on in the likes of the Falklands, Ascension Island, Gibraltar, Bermuda and more.

It is then quite baffling and sickening to see war memorials and graves vandalised and targeted of late and you could say it was a kick in the teeth to those that have served and continue to serve and are helping to save lives in the UK and around the world.

Great Britain does have immense pride in our forces though and Armed Forces Day 2020 is particularly poignant then to show how much we appreciate the work taken without any qualms, nor want of praise, by our military personnel whom have helped to save lives and enabled the country to get back on track.

Armed Forces Day is celebrated on or around June 27 each year as this is the day following the anniversary of the first investiture of the Victoria Cross in 1857 in which Queen Victoria presented the medal to 62 recipients involved in the Crimean War. The Victoria Cross is the highest and most prestigious award in the British Honours System and it is rarely awarded but awarded for “valour in the presence of the enemy.”

For me, the forces have shown this courage and bravery incessantly in the fight against an invisible enemy in COVID19 and this is one reason we celebrate our Armed Forces and why Armed Forces Day 2020 should be at the forefront of our minds in thanking our troops for their remarkable efforts this year.

Join me in saying three cheers to our troops this Saturday, June 27 at 15:00 hours.

To see how you can join in and applaud our troops on Saturday, please read about our 3 Cheers Campaign HERE.