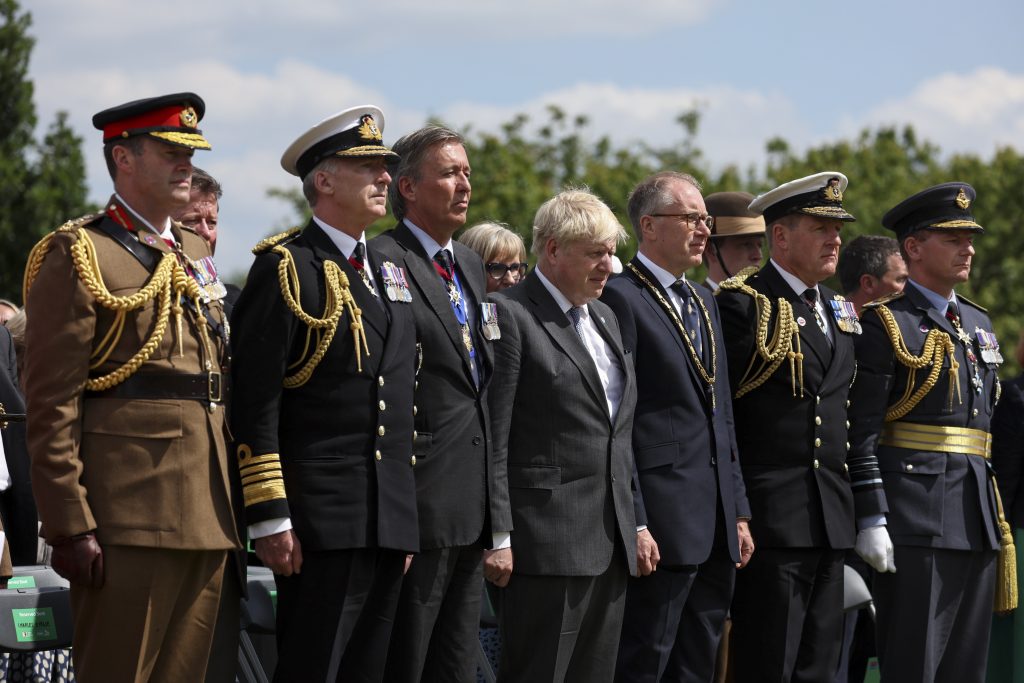 Image of the Prime Minister Boris Johnson attending the Falklands 40th Anniversary Memorial at the National Memorial Arboretum, in Staffordshire 14/06/2022.

The Prime Minister and defence ministers joined veterans of the conflict to say thank you for restoring the freedom of the communities of the British Overseas Territory and to remember all those who fell.

Hosted by The Royal British Legion, service personnel paid tribute to former colleagues in readings during the ceremony, before laying wreaths on behalf of the Royal Navy, British Army and Royal Air Force. Music was provided by The Band of the Welsh Guards and a flypast made up of helicopters from across the Royal Navy, Royal Marines, British Army and the Royal Air Force, all with special links to the conflict, concluded the national event.

In Stanley, East Falkland, events were held by the Falkland Islands Government to commemorate the 40th anniversary of the conflict, during which three islanders also lost their lives.