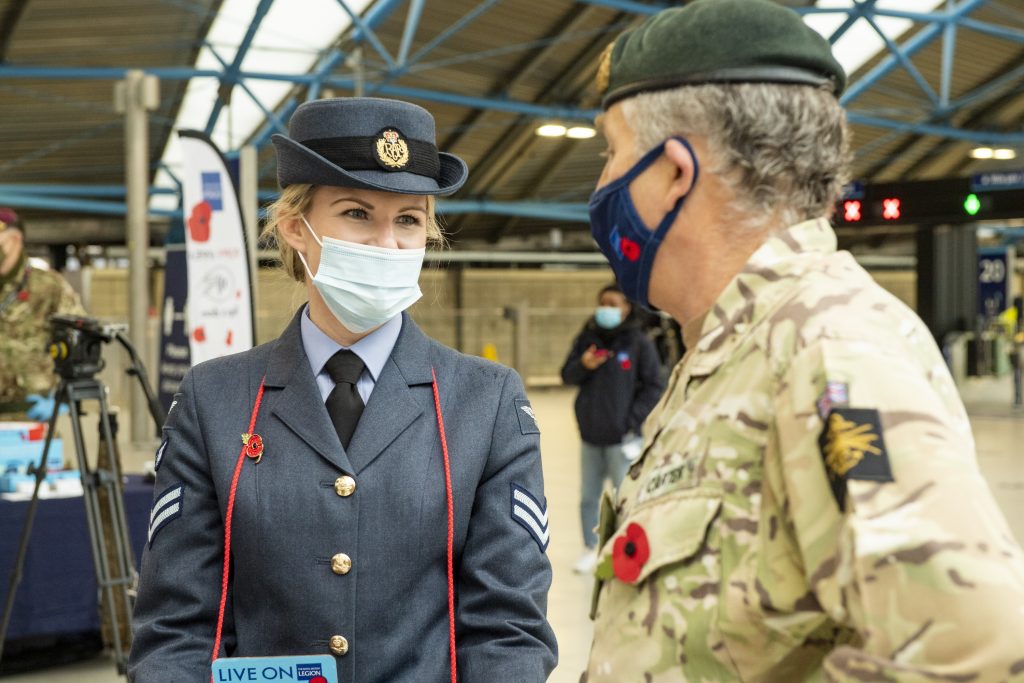 Service Personnel have stepped forward to support the Royal British Legion’s Poppy Appeal by collecting donations and selling poppies to commuters and visitors to London as part of London Poppy Day.

The Legion has worked with its partners to allow the day to go ahead with social distancing measures and restrictions in place. There will be serving personnel from the Royal Navy, British Army and Royal Air Force out collecting alongside Poppy Appeal volunteers at some of the capital’s busiest Network Rail stations including Waterloo, King’s Cross, Liverpool St, Victoria, Canary Wharf, London Bridge, Paddington and Canon St.

There are a variety of cashless donation options available for paper poppies and other poppy products this year, including QR codes, text to donate, and contactless devices, to ensure the safety of those collecting and those choosing to donate in person. Volunteers have been issued with PPE and will be collecting in static locations with social distancing in operation. For those not travelling into London The Legion has unveiled a range of new ways for people to show their support remotely. These range from simply making a donation online, taking part in a Poppy Run, downloading a poppy to display in your window at home, or ordering some poppies in the post to distribute amongst family members, friends or neighbours.

Throughout this year’s Poppy Appeal, the Legion is celebrating the contribution of every member of the Armed Forces from the Second World War generation who stepped up to defend our way of life 75 years ago, to today’s Armed Forces who, once again, have been there during a time of national crisis standing alongside essential workers on the front line in the fight against Covid-19.