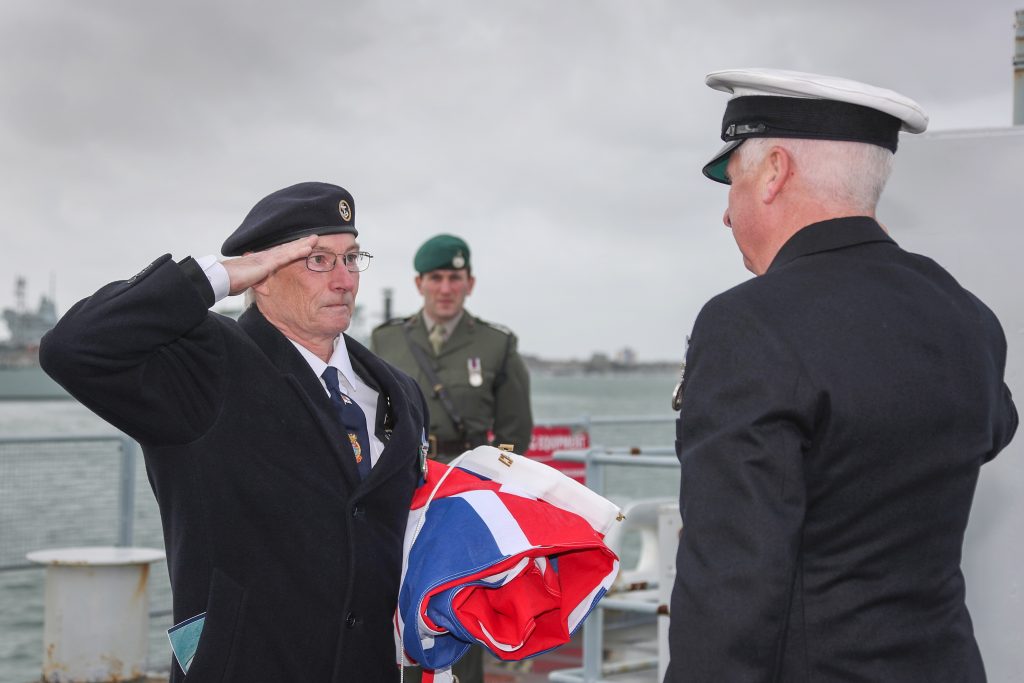 Pictured here is Peter Featherstone Williams, veteran and Chairman of the Bristol Association receiving the white ensign that was lowered for the last time after HMS Bristol’s decommissioning ceremony.

HMS Bristol decommissions after two extraordinary commissions, providing exemplary service for forty-five years and today we remember all those we have served and trained on board and reflect on a wonderful ship; truly ‘in a class of her own’.

Designed to defend a class of aircraft carriers which were never built, Bristol was the sole Type 82 destroyer delivered to the Royal Navy and, until today, its second oldest commissioned vessel thanks to a unique career.

Bristol notably saw action in the Falklands during 1982. Initially leading a group of two destroyers, five frigates and one RFA supply ship arriving as reinforcements, the ship later joined the carrier battle task group to fulfil her primary role as an air-defence destroyer and then assumed flagship duties.

Representatives of Navy Command, the HMS Bristol Association (1982 veterans), youth organisations and ship’s company gathered on her upper deck for a small decommissioning ceremony. They were also joined by Major Theo Hogg, RM, grandson of Lady Hogg who launched the ship in 1969.