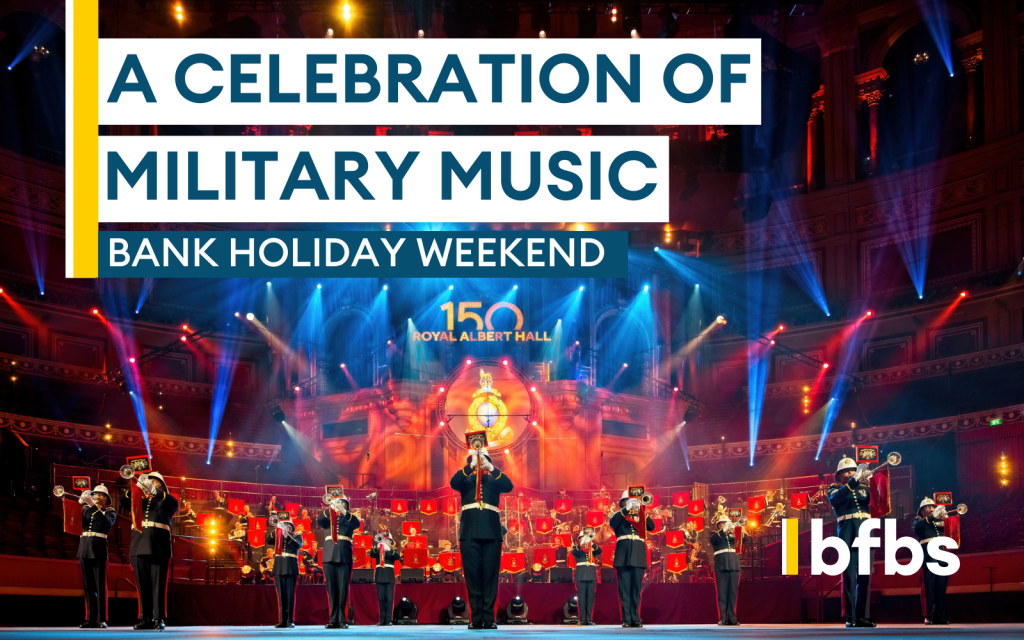 BFBS is marking the long weekend with ‘A Celebration of Military Music’ on radio, TV and online with some exclusive content.

Headlining the bill are a special edit of The Mountbatten Festival of Music 2021 concert and the first broadcast of Kneller Hall – A Final Farewell from the Royal Corps of Army Music.

Inside the Band School – a documentary about the Royal Marines Band Service – and The Real Philip: An Officer and a Prince will also be aired. Originally transmitted on Channel 4 in April, The Real Philip will be shown with some previously unseen footage and features in-depth commentary on his military career. All programmes will be available on Forces TV and BFBS Extra.

The Mountbatten Festival of Music 2021 concert and Kneller Hall – A Final Farewell will also be played on BFBS Radio 2, on the BFBS Radio app, and available to listen again on bfbs.com/podcasts. The farewell concert will also be online at forces.net/celebratingmilitarymusic.

Commenting on the move from Kneller Hall, Colonel Victoria Reid, Corps Colonel of the Royal Corps of Army Music, said: “Every Regular Army musician has been trained at Kneller Hall for over 150 years and there are so many fond memories, but it is time to move on. We’re going to Portsmouth to take advantage of joint training opportunities with our Royal Marine Band Service colleagues and we’re also creating a new Corps home in Minley.

“This will offer enhanced training facilities as our musicians progress through their careers and will help us to deliver musical excellence across a raft of tasks in support of defence and the nation.”

Full TV and radio listings are available at forces.net/celebratingmilitarymusic.