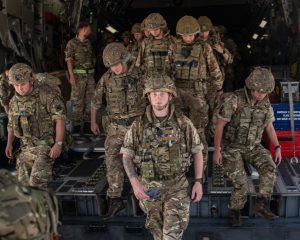 British Forces from 16 Air Assault Brigade have arrived in the Afghan capital of Kabul to assist in evacuating British nationals and entitled persons as part of Operation PITTING amidst the worsening security situation there.

Following the wave of positive feedback on his Kabul memories shared as a civilian and airman, Pathfinder International editor, Mal Robinson recalls the previous biggest airlift operation prior to the ongoing operations in Kabul, of which Robinson was also a part of.

“July 2016 saw the biggest airlift of UK nationals since Dunkirk, 1940, when the UK Armed Forces were tasked with rescuing UK citizens from Lebanon following an escalation of hostilities between Israel and The Lebanon. It was to be known as Operation Highbrow.

I was based at RAF Akrotiri, Cyprus at the time as an Air Movements Controller. The RAF’s main base in the Mediterranean would soon be turned into a mini Heathrow Airport within days of troops landing. 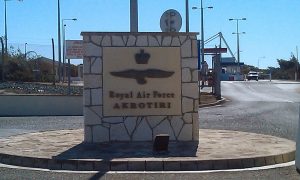 We were placed on constant night shift for four weeks solid as aircraft from a host of NATO allies arrived to help aid their own citizens, whilst an array of airliners would be seen in the guise of British Airways through to Thomas Cook.

UK nationals arrived by Navy vessels into the port of Limassol from the war zones and transferred to Akrotiri around 10-miles away.

Huge white marquees were set up and acted as processing centres, as diplomatic teams from UK Embassies and the Home Office, organised a constant flurry of temporary refugees.

At one point, I recall five or six airliners of various sizes from 747’s to Airbuses lined up inadvertently across the tarmac, with queues of people in straight lines leading from the tents all the way to the aircraft steps, akin to a human spider’s web, draped across the taxiways – it was organised chaos.

We were fortunate in the fact that we were able to process passengers and handle military aircraft in support of the operation in the safe haven away from the frontline, which of course was in another country, a neighbouring country, but another country.

The troops we see handling the Kabul situation at present do not have that luxury. They have the humanitarian element to sort and the constant security issues to deal with at the same time, in what must be at times, a maddening crowd, fearing for their lives. 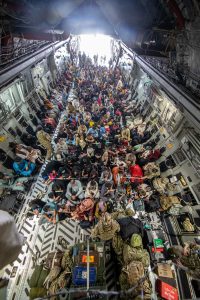 A full flight of 265 people supported by Members of the UK Armed Forces who continue to take part in the evacuation of entitled personnel from Kabul airport.

In the end, over 4,500 UK nationals were processed and flown home as part of Op Highbrow. At the time of writing, the ongoing Kabul airlift has surpassed 8,500 people and set to increase at a rapid rate, to put things into context.

I was immensely proud of the work we achieved in such a short turnaround during what has largely been forgotten as an Operation back in July 2006. It mirrors the feelings now I have watching our troops from afar handling a herculean and it will feel at times like a thankless task.

Godspeed to all on operations in Kabul.”