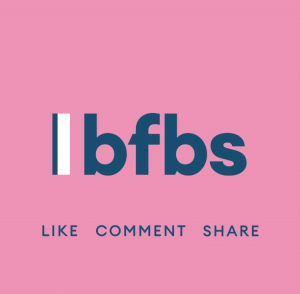 Use your isolation inspirations to bag £500 worth of Amazon vouchers!

BFBS launches ‘Forces Voices’ creativity competition to get families to share their ‘stay home’ creative masterpieces and be in with the chance of winning £500 worth of Amazon vouchers.

During this difficult time, we know that lots of people are getting creative at home to keep their spirits up or children entertained – but they may feel that all their hard efforts are going to waste as these masterpieces end up in a box or on their hard drive.

At BFBS we want to encourage people to share their lockdown creations through ‘Forces Voices’, a creativity competition that allows adults and children to either get creative from scratch or present pieces they’ve already made and want to share with the world.

The Competition
You can enter as an adult or encourage your child to put forward their own masterpiece, as there will be a £500 Amazon voucher for the best child and adult submission in each category.

Visit www.forcesvoices.com/enter to enter the competition and find all the Ts&Cs.

If the prospect of winning £500 to spend on Amazon isn’t enough, we want to celebrate all the isolation inspirations even further by showcasing all the entries on forces.net for everyone to enjoy.

Verity served in the UK military as an officer before following her creative passion and launching Rascal & Roses in 2013. She also recently appeared on BBC show, Interior Design Masters.

Cpl Rebecca Brown – who will be judging the photography category – is the first female soldier to win the British Army Photographer of the Year award in the Army Film and Photographic Competition. Rebecca also came runner-up for Best Online Image and for her Professional Sport and Adventure Training pictures.

Amanda Prowse is a forces wife and International Bestselling author who has had twenty-four novels and six novellas published in dozens of languages around the world and will be the judge of this category. Her books, include the chart topping No.1 titles ‘What Have I Done?’, ‘Perfect Daughter’, ‘My Husband’s Wife’, ‘The Girl in the Corner’ and ‘The Things I Know’ have sold eight million copies across the globe.