The Devastating Effects Of PTSD If Symptoms Are Ignored

Military legal experts, Slater and Gordon regularly write a column inside Pathfinder International on an array of issues connected to the armed forces community.

Here, Rachel Seddon from Slater and Gordon law firm looks at the topic of PTSD and the implications this can cause… 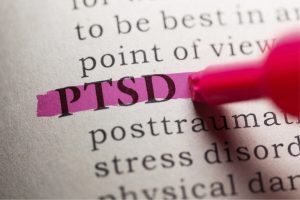 The term “shell shock” rose to prominence after an officer in the Royal Army Medical Corps studied the symptoms of three traumatised soldiers on the Western Front. By the end of the First World War, the army had identified 80,000 individual cases and war neuroses accounted for 1 in 7 men being discharged from service.

What was first recognised as shell shock in 1917 is now commonly referred to as PTSD (post-traumatic stress disorder), although the condition as we know is not only restricted to war zones. PTSD is a delayed and often devastating response to trauma that can provoke behavioural change, suicidal tendencies and recurring distressing memories, nightmares and flashbacks.

Researchers at John Hopkins University School of Medicine in Baltimore performed autopsies on U.S. combat veterans who survived improvised explosive device (IED) blasts in Iraq and Afghanistan but died later of other causes. Each had suffered brain injuries and what was believed to be fragmented nerve fibres caused by bomb blasts. Those hidden brain injuries appeared to play a significant role in the psychological problems many face after leaving the military and entering civilian life.

Since the first court award for PTSD was secured (New v MOD), Slater and Gordon have built up many years’ experience acting for those who’ve suffered as a result of negligent delays in the diagnosis and treatment of PTSD and who would have gone on to serve full careers but for the “combat stress”.

Most recently, we acted for a former 1 Rifles Infantry soldier who, for the purpose of anonymity, we’ll call Steve. Steve suffered as a result of events that occurred during deployment to Afghanistan (Op Herrick 14). He was not referred for assessment or treatment during his time in service, despite his symptoms and requests for help, and he was discharged in 2013 on the grounds of ‘Service No Longer Required’.

Steve’s condition worsened following discharge and he struggled to find and adapt to civilian employment. In 2014 he was referred to his local NHS Mental Health team who diagnosed with PTSD and subsequently treated. Earlier intervention would, on the balance of probabilities, have led to a full, or at least accelerated partial, recovery.

The alleged mismanagement, and that it caused prolonged suffering, was robustly denied for a number of years, but with expert evidence, Slater and Gordon’s Military Team successfully achieved an out of court settlement for Steve.

Rachel Seddon, experienced military lawyer at Slater and Gordon, who represented Steve said, “Mental health issues caused by traumatic combat experiences can become worse over time and often don’t surface until many years later. Thousands of personnel will need on-going specialist mental healthcare. The treatment and recognition of such issues in the military has come a long way since the dark days when conditions like depression were widely seen as a sign of weakness, but there’s always room for improvement. It’s vitally important the UK Government and MOD continues to support soldiers with mental health issues as they move from active service into retirement.”

If you’ve suffered from PTSD or any other injury whilst in the military, and would like legal advice, talk to one of Slater and Gordon’s military experts on 0808 501 6660.