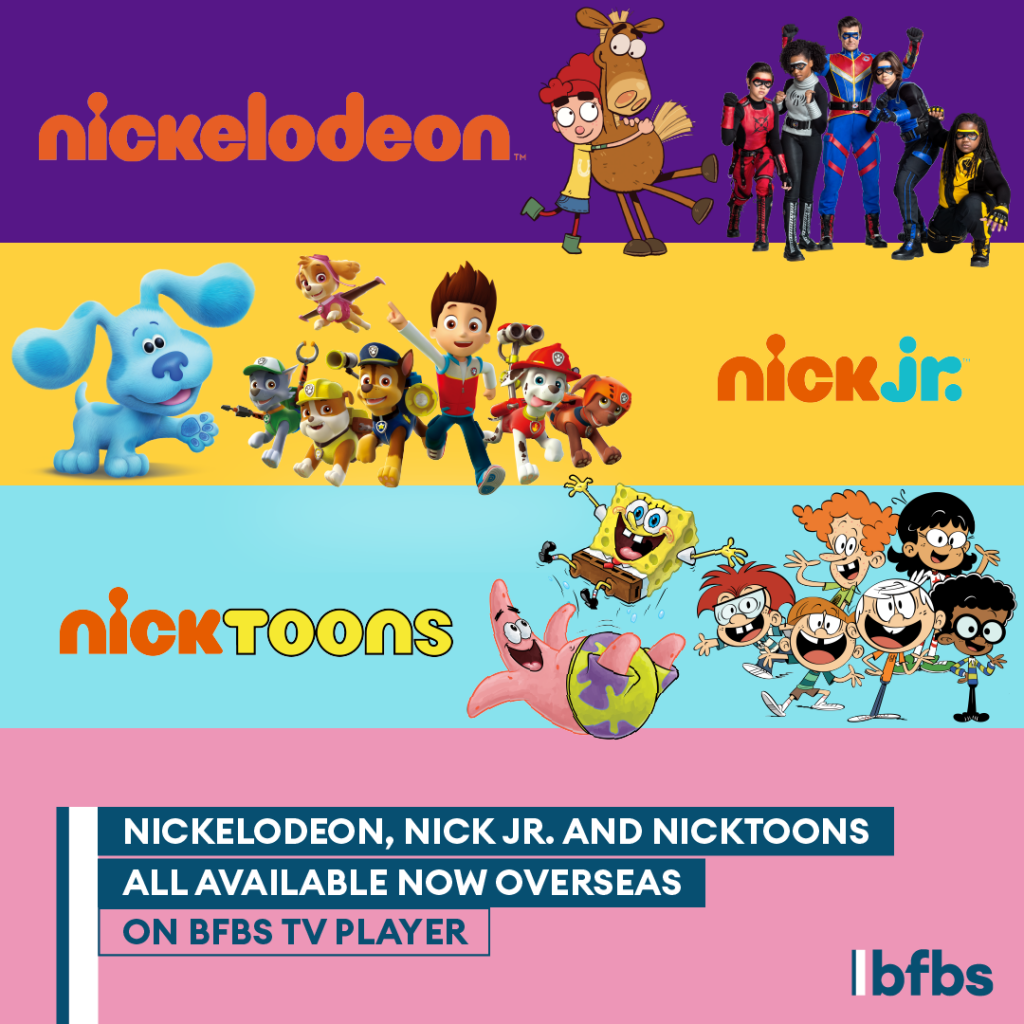 Children of armed forces families stationed overseas are now able to stream Nickelodeon, Nick Jr. and Nicktoons on BFBS TV Player. This latest addition to BFBS’ children’s channel line-up is a direct response to recent feedback from military family audiences overseas to say that they would appreciate more children’s TV content.
At a time when many people across the world are still being advised to stay at home as much as possible, overseas military children* will now have access to programmes such as SpongeBob SquarePants and The Loud House on Nicktoons, It’s Pony and Danger Force on Nickelodeon and PAW Patrol and Blues Clues & You! on Nick Jr.
BFBS has been broadcasting to the UK armed forces community for over 75 years, bringing the best of UK TV, sport, music and entertainment to forces and their families worldwide, wherever they are stationed.
BFBS TV Player offers the UK armed forces and their families overseas access to 40 channels via mobile, tablet and connected TV devices.
Nickelodeon, Nick Jr. and Nicktoons join CBeebies, CBBC and CITV on BFBS TV Player to keep armed forces children entertained and connected with their lives back in the UK.
Nicky Ness, Director of Broadcasting and Entertainment for BFBS says: “Our core mission is to entertain and inform our armed forces and their families, and to keep those serving overseas connected with home. We know how tough it can be for military families posted overseas to entertain their kids, so we are grateful to Nickelodeon for joining the many other broadcasters, movie studios and premium sports providers who partner with us to keep our armed forces and their families entertained when they’re away from home. ”
(* Excluding UK, Isle of Man, the Channel Islands and Ireland)