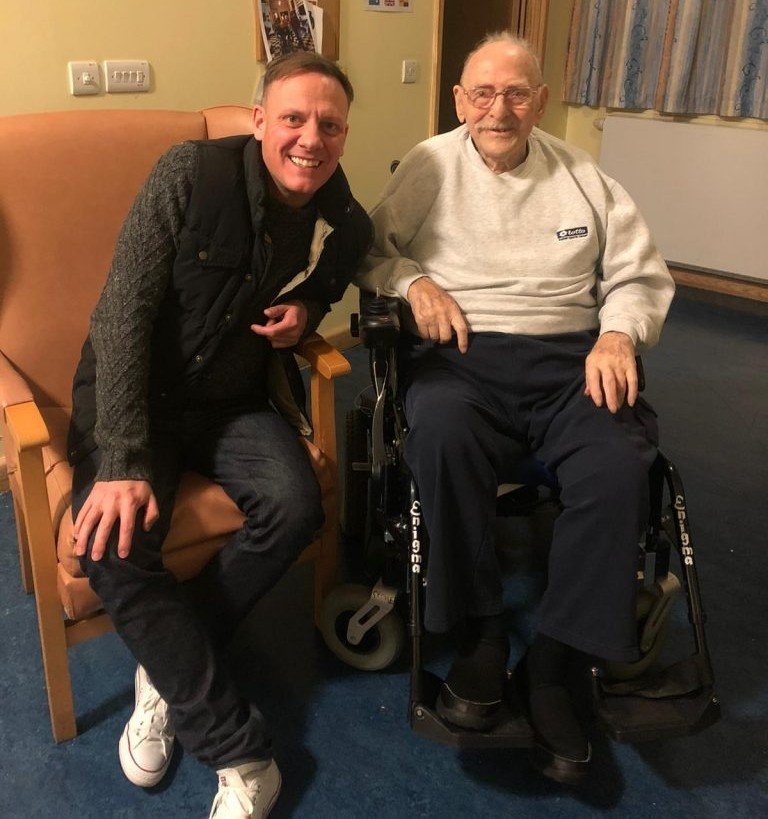 Coronation Street star Antony Cotton has become an official ambassador of veterans’ care home Broughton House, in honour of his grandfather who served in the Second World War…

Antony, who plays barman and factory worker Sean Tully in the ITV drama, is a passionate supporter of the armed forces and is involved with a number of military charities. He paid tribute to his late grandfather Oswald Cotton as he accepted the role of ambassador at the Salford care home, which is being transformed into the UK’s first Veteran Care Village in a £15m redevelopment.

Once completed, the two-acre site will feature a 64-bedroom care home, up to 30 independent living apartments, a military support hub, a memorial park and landscaped gardens with a bowling green and bandstand.

Broughton House ambassadors promote the home to increase awareness and attract new supporters, and attend or host events organised by the charity. Antony, whose TV acting career has also included roles in Queer as Folk and Absolutely Fabulous, has made several visits to Broughton House and recently handed out Christmas presents to residents.

He said: “After spending some time with its residents over the past couple of months, I am honoured and humbled, in equal measure, to be asked to be an ambassador of Broughton House. My own grandfather, Oswald Cotton, was a proud Salfordian who went to war with the British Army in 1939 and it is in his name that I take on this new role with the greatest pride.

“Broughton House is unique and magnificent and I am looking forward to working with the organisation as it moves forward into 2020 and beyond, with particular focus on the final stage of the building works, helping to raise funds to make this incredible new facility come to life.”

Broughton House chief executive Chris Lindsay said: “We’re thrilled that Antony has agreed to become our latest ambassador. We are extremely grateful for his support and look forward to working with him. His energy and enthusiasm for Broughton House will be a welcome boost as we transition into the UK’s first Veteran Care Village.”