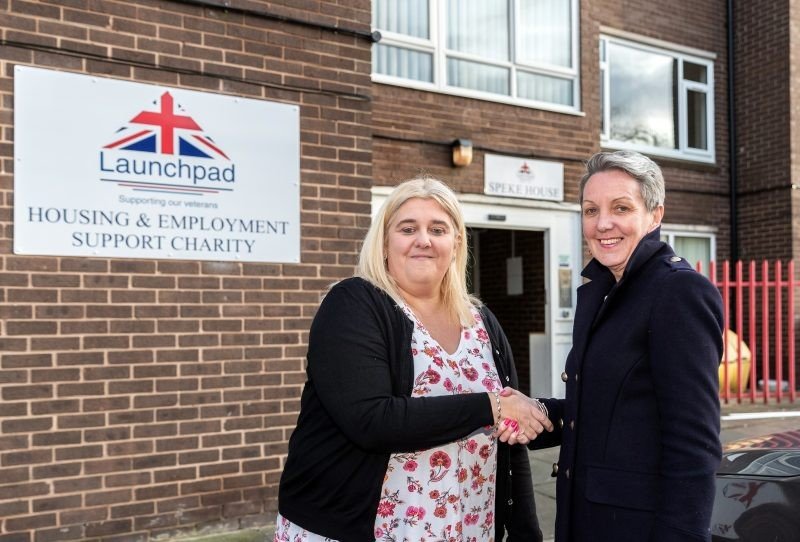 Work has commenced on the refurbishment of Launchpad’s Speke House in Liverpool thanks to a donation from leading bereavement and veterans’ support charity, Forces Support…

Launchpad is the city’s largest veterans’ accommodation facility providing safe, secure en-suite bedsits and flats for up to 48 veterans to help them stabilise their lives and make a successful transition from military to civilian life.

Forces Support has awarded Launchpad £73,000, which will be used for both internal and external projects. Internally, all flats are set to benefit from the installation of new windows and communal areas such as the social and training area, kitchen, IT suite, laundry, corridors and toilet facilities will be fully redecorated. New gates and fencing will be erected, and a bike storage area will also be built.

Forces Support plays an active role in supplying funding to assist with homes for veterans to address problems of homelessness, financial disadvantage and poor mental and physical health among veterans.
In addition, Forces Support helps families of men and women killed while serving in the British Armed Forces, as well as former service personnel and their families who are in need through financial hardship.

Launchpad took possession of, and carried out partial refurbishment of Speke House, just off Heathgate Avenue, in 2015 based on the success of another project the charity runs in Newcastle. Residents usually stay at Launchpad for up to two years and receive additional support, through the expertise of specialist providers to help them make a successful transition from military to civilian life.

In the 12 months to June 2019, Launchpad’s Speke House accommodated 90 residents – 80 of which came from a homeless background. 45% of residents left Speke House with employment and 74% successfully moved on to settled accommodation, either living independently, reunited with family or with the support they need.

Sam Jackson, Manager of Launchpad’s Speke House said: “For some, Launchpad is the first safe place they have slept in for months, even years, so it is vitally important we provide a warm, welcoming and friendly environment that will help them to re-engage and transition successfully back into civilian life. We are extremely grateful to Forces Support for this financial contribution, which will significantly improve the living environment of Speke House.”

The first phase of work to install double-glazed windows in all flats will be completed this week. In addition to the support received from Forces Support, funding has also been secured to remodel part of the garden area at Speke House to create a sensory garden for residents to relax and refocus.