Sponsored High James Solicitors and in Support of the ABF The Soldiers’ Charity, the English Veterans Awards for 2020/21 recently took place in Solihull, West Midlands and was another huge success. 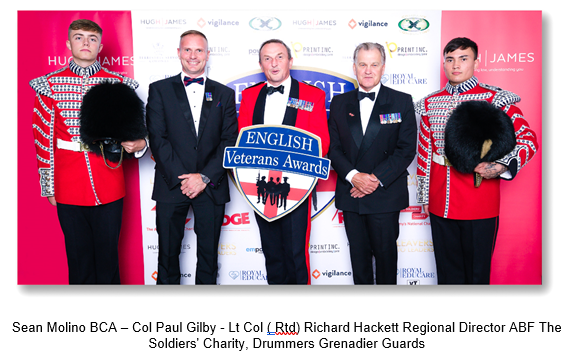 In England, there are tens of thousands of former military personnel, who upon transition from the armed forces have gone on to contribute immensely to their local community. The Veterans Awards looks to celebrate these true heroes along with the companies that support us.

The Veteran’s Awards is a not-for-profit organisation that promotes the positives from our military veteran community. It’s been put together by Veterans for Veterans, serving reservists and those companies that support us. We reward our community in the areas of fitness, business, health and well-being and the wider community.

This Year the Main Awards ceremony was held at the Village Hotel, Solihull and hosted by Radio DJ Polly James. Colonel Paul Gilby, Deputy Commander, 11 Signal and Lt Col ( Rtd) Richard Hackett Regional Director ABF The Soldiers’ Charity spoke at the awards about the great things happening within our community.  The Awards were supported by the West Midlands Lieutenancy with Deputy Lieutenant Les Ratcliffe MBE TD DL in attendance and presenting two awards during the night.

The aim of the awards is to celebrate the success coming from within our community and inspire future service leavers that great things can happen when they do decide to leave the Armed Forces.

Some of the highlights of the night saw the Grenadier Guards Corps of Drums open the awards, the amazing Tough Enough to Care take home two awards for the fantastic work they are doing within our community, Richard Dorney MBE taking home our Lifetime achievement award and the fantastic Bernard Stonestreet who became our Volunteer of the Year winner and our English Veterans Awards Champion.

Our Main award is a one-off commissioned piece by Veteran Trees, hand carved out of wood by a Military Veteran.

During the event  £2,053 was raised for the ABF The Soldiers’ Charity and will go on to support those in need. 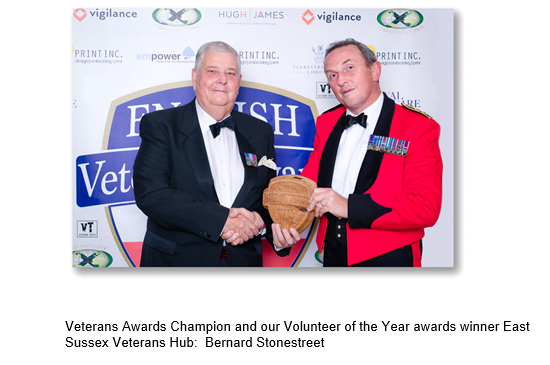 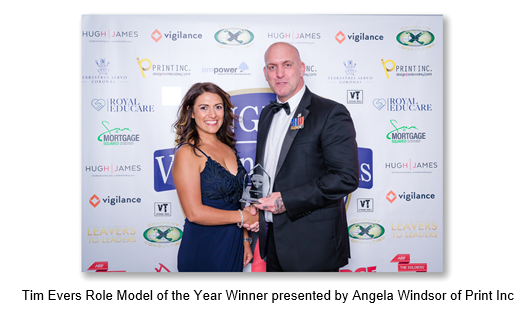 Founder of the Veterans Awards CIC and Military Veteran Sean Molino BCA said “ What a fantastic evening  with so many positives!  A great team effort and night filled with smiles, laughter and even some tears. The atmosphere was great and a lovely night for our Veteran Community. We hope the awards inspire our future service leavers that great things can be achieved when they do decide to leave the Armed Forces”

Pathfinder International was official media partner for the awards and editor Mal Robinson added: “Once again, we saw an evening full of positivity for the Veteran community. I would have hated to have been on the judging panel, such were the high level of achievements on show! If anyone going through resettlement has any doubts on what can be achieved on leaving the military, they need look no further than the Veterans Awards as great examples of what can be done.”