Ex-Service Personnel Suffering From Moral Injury, According To New Research 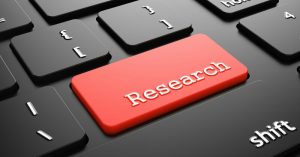 The study, Experiences of moral injury in UK military veterans, carried out by King’s College London and funded by Forces in Mind Trust (FiMT), is the first to investigate military-related moral injury exposure and its impact in the UK. It also has implications for front-line workers in the Covid-19 pandemic.

Moral injury is not a new phenomenon, but it is widely unknown and there are no specific treatments. It is defined as ‘psychological distress which results from actions, or lack of actions, which violate an individual’s moral or ethical code’. It is not unique to one profession, but can occur in the Armed Forces when an individual is adhering to the rules of engagement, or is following orders which result in challenging situations, such as witnessing human suffering or having a role in the deaths of civilians.

Although moral injury is not classified as a mental health condition itself, the research shows that experiencing it can lead to mental health issues. The team of researchers, led by Dr Victoria Williamson, found that the symptoms of moral injury are distinctive from mental health conditions such as Post Traumatic Stress Disorder (PTSD). Following a morally injurious incident, respondents reported higher levels of shame, guilt, anger, depression and social isolation but not PTSD symptoms such as memory loss, nightmares and flashbacks. However, the research found both can exist alongside each other, and ex-Service personnel suffering from moral injury or traumatic events were more likely to meet the criteria for PTSD, depression and anxiety than those who reported no challenging events during service.

Although this research explored the effects of moral injury in a military context, researchers identified risk factors which may be applicable to front-line workers during the Covid-19 pandemic, including healthcare providers, emergency first responders, social workers and prison staff. Moral injury could occur when health workers with limited resources or time are forced to make decisions about the treatment of patients with the virus, or if physicians are unable to provide non-Covid related medical care, due to the necessity of focusing on Covid-19 patients.

The research calls for clinical training and resources for the identification and treatment of moral injury related mental disorders, and an evaluation of whether existing interventions lead to long-term improvements.

Ray Lock, Chief Executive of Forces in Mind Trust, said:
“Given the long history of human conflict, it is likely that moral injury has been suffered for as long as we have possessed a moral compass. This research is therefore vital in shining a light on the suffering moral injury can cause. Most ex-Service personnel will transition well to civilian life, but this research suggests that those who have experienced moral injury may face challenges in doing so. FiMT is pleased to be funding the next phase of the research, which we hope will have a significant impact on the diagnosis and treatment of moral injury related mental health issues for those who have Served in the Armed Forces.”

Dr Victoria Williamson, Research Fellow at the King’s Centre for Military Health Research, Institute of Psychiatry, Psychology & Neuroscience (IoPPN) at King’s , said:
“Our research is the first comprehensive study of moral injury in the UK Armed Forces community, and has informed subsequent studies of moral injury in other high risk populations. We found that factors such as a lack of social support, childhood adversity and a lack of psychological and emotional preparedness increased the likelihood of veterans experiencing distress following morally injurious events. Our findings also demonstrated a reluctance to speak out among individuals experiencing moral injury, due to feelings of shame and guilt. This often led to missed diagnoses and increased distress, highlighting the need to identify and help individuals experiencing moral injury. While no validated treatment approach for moral injury currently exists, we will be carrying out a follow-on feasibility study, kindly funded by FiMT, to design and develop a treatment intervention for moral injury related mental health difficulties”

Neil Greenberg, Professor of Defence Mental Health at King’s said:
“As well as being highly relevant to military personnel, the concept of moral injury is of particular importance to many key workers professions during the current pandemic including health and social care staff. We very much hope that our work, which the Forces in Mind Trust have kindly sponsored, will be able to help a great number of organisations take better care of their staff and thereby reduce the likelihood of them experiencing mental health disorders and requiring treatment.”