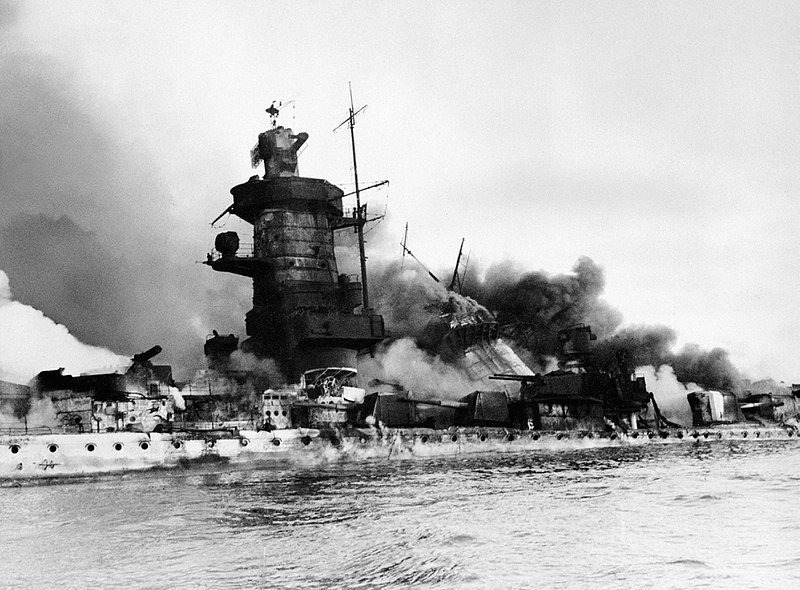 Thanks in part to a grant from The Royal Navy and Royal Marines Charity, 42 members of the HMS Ajax and River Plate Veterans Association attended a commemorative service dedicated to the Battle of the River Plate at the Cathedral of the Most Holy Trinity in Montevideo…

The Battle of the River Plate was the first naval battle of the Second World War and the first one of the Battle of the Atlantic in South American waters. The German heavy cruiser Admiral Graf Spee was patrolling in the South Atlantic a fortnight before the war began, and had commenced sinking British and other aligned nations merchant ships after receiving appropriate authorisation on 26th September 1939.

One of the hunting groups, Group G, was sent by the Admiralty to search for Graf Spee and comprised three Royal Navy cruisers under the overall command of Commodore Henry Harwood: His Majesty’s Ships Exeter, Ajax and Achilles. They found and engaged their quarry off the estuary of the River Plate close to the coast of Uruguay in South America on the morning of 13th December 1939.

In the ensuing battle, Exeter was severely damaged and forced to retire; Ajax and Achilles suffered moderate damage. However, the damage to Admiral Graf Spee, although not extensive, was critical; her fuel system was crippled. Ajax and Achilles shadowed the German ship until she entered the port of Montevideo, the capital city of neutral Uruguay, in order to effect urgent repairs at anchor.

After Captain Hans Langsdorff, the Graf Spee’s Commanding Officer, was told that his stay could not be extended beyond 72 hours, instead of coming out fighting he scuttled his damaged ship rather than face the uneven odds of a battle with a superior British force. The ship exploded after all the German crew had departed and sank in the vast muddy river off the entrance to the harbour.

The Battle claimed a total of 116 lives from both sides but had brought Royal Navy their first victory of the Second World War. This lifted the country’s morale. Winston Churchill who was First Lord of the Admiralty at the time said: “This brilliant sea fight takes its place in our naval annuls and in long cold dark winter it warmed the cockles of the British hearts.”

Adrian Bell, CEO of The Royal Navy and Royal Marines Charity, said: “It is not only important to remember the valiant endeavours and bravery of all the sailors who took part in this historic battle but also to continue our support to all veterans and strengthen the ties that bind us all together.”