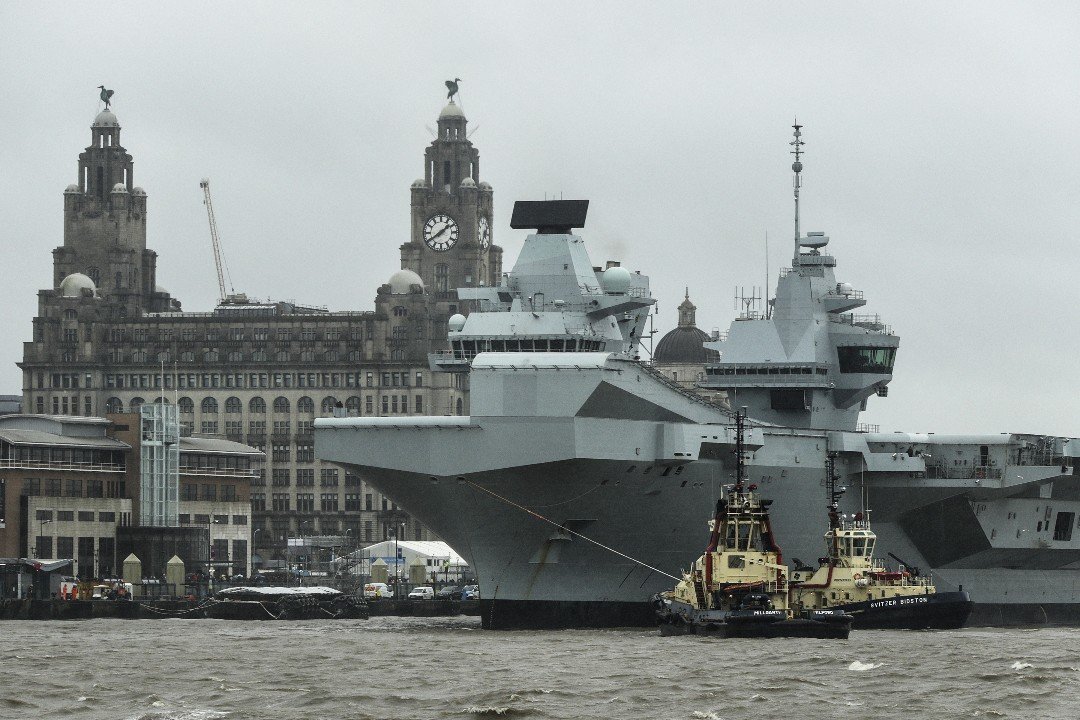 The second of the UK’s giant new aircraft carriers sailed has sailed along the River Mersey for a week-long visit packed with celebrations and engagement with the local community. Wet and windy weather did not deter members of the public who lined the area around Liverpool’s cruise terminal to see the 65,000-tonne carrier come alongside this afternoon.

Captain Darren Houston, the Commanding Officer of HMS Prince of Wales, said: “The visit of HMS Prince of Wales to the great maritime city of Liverpool is an important step in forging enduring relationships with the city and her people. I am deeply humbled by the incredibly warm welcome we have received.

“I am delighted to allow members of the public to visit the ship – the first time this has happened for the Queen Elizabeth-class. The tremendous support displayed by Liverpool demonstrates the remarkable depth of feeling that people have for the ship and the Royal Navy.”

HMS Prince of Wales is at the heart of the fleet as one of the most powerful surface warships ever constructed in the UK. Along with her sister ship HMS Queen Elizabeth, they are the largest ships ever built for the Royal Navy.

The ship’s flight deck is 70 metres wide and 280 metres long – enough space for three football pitches. Her ship’s company make their way through 170 metres of sausages a day, which is roughly twice the height of the Liver Building.

She has a ship’s company of 700 sailors, which will increase to around 1,600 with aircraft on board.
Petty Officer Joe Hornby, 36, from Kirby in Liverpool, is an aircraft engineer. He has been in the Royal Navy for 17 years. He said: “It’s going to be such a good day and everyone is really excited to see me. My family have been asking about it and it will be so good to show them the ship.

“I joined up in the careers office in Liverpool, and it seems like a long time ago. If someone told me then I would be coming back into the city on one of the aircraft carriers, I wouldn’t have believed them. I can’t wait for my family to see the carrier, it is the first time they will see it and it makes it even more special that it is in Liverpool. The whole city will be so excited.”