Innovation In Next Gen Air Defence 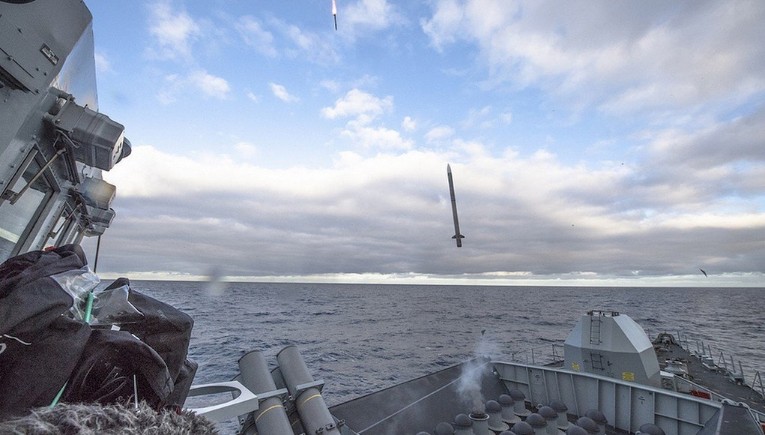 A new cutting-edge air defence missile system is on target for full-time use by both the Royal Navy and the British Army – with its innovation supported by experts from Dstl, who have been at the heart of its development since conception…

The 20-year project resulted in a multi-million pound contract awarded to MBDA to build the next-generation Common Anti-air Modular Missile (CAMM), which has the capability to defend against anti-ship cruise missiles, aircraft and other highly sophisticated threats.

In May, the Royal Navy completed its acceptance firing trials, resulting in an initial operating capability for HMS Argyll, with the Army land system also recently completing a successful firing from a pre-production launch vehicle. Sea Ceptor will provide local-area air defence to the Type 23 and Type 26 frigates, replacing Sea Wolf; Land Ceptor will replace the Rapier missile to deliver a state-of-the-art ground-based air defence capability.

Richard Smart, Director Weapons at Defence Equipment and Support, said: “We have worked closely with Dstl to develop Sea Ceptor and Land Ceptor; vital air defence systems which will protect our personnel on operations against current and future threats. Together with industry we will continue to support the front line commands as this world-beating equipment enters service in defence of our national security and interests.”