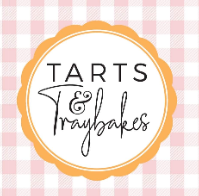 A new bakery delivery service which is veteran owned has recently added an Armed Forces Day Treat Box to their menu as part of the military celebrations for 2021.

Tarts and Traybakes which was founded by Nicola Ward in October 2020, following job losses due to the coronavirus pandemic, wanted to add an Armed Forces Day box to the menu in celebration of our troops.

The treat box has been inspired by UK military ration packs and links to the forces in general.

Nicola said, “I have close military links and my partner is ex-forces and so it made sense to produce one of our treat boxes with the forces theme. We have had some fun trying the new ideas out and all of the recipes, I am happy to say have been well received by our chief tasters!”

Each box will contain the following:

Nicola goes on to add, “the biscuits brown millionaire will feature a base made from biscuits brown with a millionaire topping, the lime and poppyseed is inspired by the heroes from Flanders Fields, the Yorkie Brownie is obviously not for civvies, the jam roly-poly blondie derives from the 10-man compo ration packs, whilst we’ve also included the bonus of a boiled sweet, the same ones used in ration packs to complete the military feel.”

The Armed Forces Day Treat Box is available for pre-order now and will be delivered by post a day before the event on June 26.

Each box is £15 including postage (UK only).

Visit  https://tartsandtraybakes.com/products/armed-forces-day-treat-box for more information and how to order.