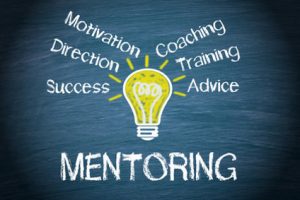 The Royal Navy & Royal Marines Charity (RNRMC) has awarded SSAFA, the Armed Forces charity £25,875 to support the charity’s Mentoring service.
The generous grant, awarded by RNRMC, will help SSAFA support Royal Naval and Royal Marine beneficiaries, and their families, as they leave the Forces and adapt to civilian life.
SSAFA’s Mentoring service helps motivate, support, build resilience and empower service leavers to fulfil their potential in their new lives outside the military. Individuals are matched with a mentor who provides long-term, one-to-one, face-to-face support during their transition and for up to two years post discharge.
In 2019 alone, SSAFA witnessed a 78% increase in Naval mentees and a 150% increase in military spouses, and other family members engaging with the service. Last year, we witnessed a further 128% increase in the number of tri-service individuals and families supported compared to 2019, including a 32% increase from the Naval family. The COVID-19 pandemic has exacerbated existing challenges with transition and raised new ones within the Naval community. Thanks to organisations like the RNRMC, SSAFA’s Mentoring staff and volunteers can ensure no individual is left behind.
Sir Andrew Gregory, Controller at SSAFA, the Armed Forces charity, said: “While most members of the Armed Forces make the transition from military service to ‘civvy street’ easily and go on to successful subsequent careers and lives, some find that change more difficult.  In recent years, SSAFA has expanded its Mentoring Support for those who require advice during this period; in 2020 alone, we saw a 128% increase in those seeking assistance in this area.  We are therefore extremely grateful to the Royal Navy & Royal Marines Charity for their generous donation towards our mentoring work; it will enable SSAFA to continue to support Service leavers, including those from the Royal Navy and Royal Marines, in the process hopefully preventing the need for them to seek subsequent welfare support.”
If you would like to find out more about SSAFA and their Mentoring Service, please visit ssafa.org.uk