Maiden Marathon For Steven Raises Money For Veterans In Crisis 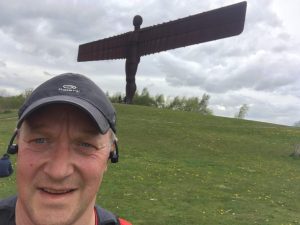 Amateur runner Steven Hudak from Washington, Tyne and Wear, aims to raise more than £700 for his local Community Interest Company (CIC) – Veterans In Crisis Sunderland – by embarking on his first ever marathon.

Steven has entered one of the most brutal, if not scenic running circuits out there in the form of Lakeland Trails’ Coniston Marathon, which has been described as “the most scenic trail marathon in the country.”

The Coniston Trail Marathon sees runners endure routes over 2300ft of elevation and are not for the faint hearted.

Steven, the son and nephew of Cheshire Regiment and Royal Signals’ veterans, Dave Hudak, Jim Robinson and Milton Britton, added that his choice of chosen charity for fundraising was an obvious one, but one close to his heart.

“I grew up in the forces and a large part of my family from my father, uncle and various cousins have served in the military across many elements of the services. I know of the great work that Ger and his team do at Veterans in Crisis and so there was no doubt in my mind who I was going to fundraise for.”

Steven added, “it seems daunting being my first one and the Coniston marathon is well known to be tough, but I have trained well all year and looking forward to the challenge ahead and a pint and a swim in the lake at the end!”