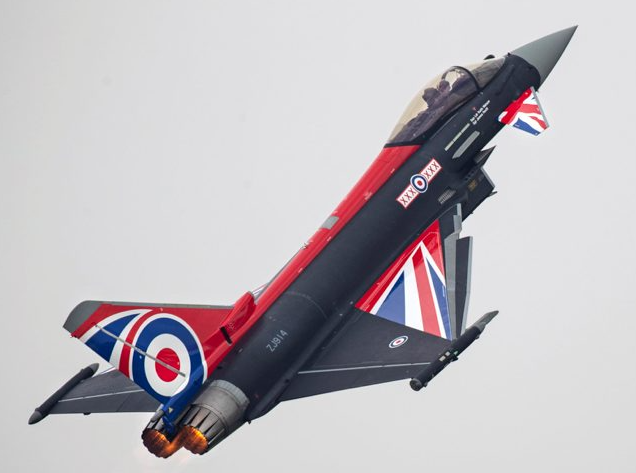 The design covers large areas of the aircraft’s fuselage and wings and will be a highlight at air shows for the next two summers.

The 2021 display pilot, Flight Lieutenant James Sainty said, “I am extremely proud to be literally flying the flag in this aircraft. I am confident that air show crowds over the next two years will share some of that pride when they see the aircraft.”

A Typhoon display is a culmination of months of hard work, detailed preparation and concerted effort by the team behind the display. Whilst it is the pilot who displays the aircraft, he cannot even begin to do his role without the unfaltering commitment and backing of the dedicated group of professionals that make up the Typhoon Display Team.