Pathfinder International editor, Mal Robinson pens an article on how valuable networking can be ahead of the Armed Forces & Veterans Resettlement Expo in Oxford on Thursday April 21. 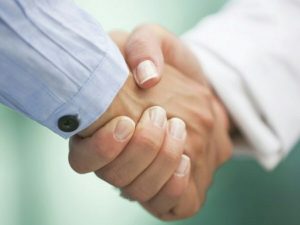 It is quite ironic that I became the editor of Pathfinder International magazine back in May 2017. I had a long and experienced media background in various guises prior to this position and I had served in the Royal Air Force for 9 years before leaving in 2011.

The ironic thing was here I was in charge of a resettlement magazine having experienced around two weeks of resettlement preparation for life outside the military when leaving the RAF in what seems like a long time ago now, even if by now, I am well versed in resettlement circles and consider myself qualified to hand out advice in this area.

At the time, the MOD were making various cuts and further terms of engagement were under lock and key, whilst they figured out who and where to chop financially. With me having a daughter on the way, I needed to know whether I was staying or going pretty soon and in the end I took the decision into my own hands and accepted the offer of a job working with former RAF colleagues out in Afghanistan.

Short term wise it was a no brainer for me (even if I did then get that offer of extension from the RAF and came up on the promotion board months later) and I secured a job on shall we say a very handsome salary, working with people I trusted.

Looking back long term and whilst I never have any regrets in my life, twinned with a notion that things happen for a reason, I perhaps would look to handle my resettlement (if I decided to come out of the forces at all back then) a little differently than what I chose to do.

I would openly admit to anyone that I did not fully resettle until around the 8-year mark on leaving the military due to a number of circumstances both professional and personal and I would certainly put this down to not taking resettlement seriously in the first instance.

Whilst still in the RAF, I had formed my own media company publishing football magazines and my one participation in transitional courses was to attend a business owners workshop. This was nowhere near enough preparation for life outside the forces.

I have been lucky to hold a number of high level managerial positions since leaving the RAF and these roles have allowed me to meet a plethora of people from all walks of life from multi millionaires (probably billionaires if you include meetings with Sheikhs when in the United Arab Emirates) through to recruits and apprentices looking to make their mark. This allowed me to value the opportunity of meeting people and to develop the art of networking.

I was once told at a business seminar, that when you introduce yourself to someone, you are introducing yourself to that person’s array of network contacts. I was told at the seminar it could be something as simple as that person playing golf or five-a-side football with someone that could be crucial to your progression as a timely contact.

That analogy came true a few years later, when I found myself to be that someone at my son’s football team chatting to a fellow parent who just happened to be in the Army and looking to leave in the next two to three years. He was undecided and unclear as to what to do next.

Little did he know, he was chatting to the editor of Pathfinder International (of which he knew about thankfully, but had not taken upon himself to read or research as yet) and offered him a little handful of the best tips that sprung to mind in the little time we had watching the match. I even brought a few copies to the next game.

One of the main themes of our initial chat was the power of networking and branching out, reaching out and talking to various people. I told him our current conversation was the clearest example of this.

Pathfinder produced a live case study a few years back of Captain Alex George who was leaving the forces after 24 years service. This was an eye opener for many and Alex it would be fair to say, did things the right way.

He gave himself plenty of time to plan out his resettlement and following a successful transition from the British Army, we both came up with a rough timeline, which could be adopted for anyone transitioning.

The basics of the plan revolved around networking and we identified the need to network as soon as possible when either thinking about resettlement or embarking down that route. You should network, network and network some more in those first months of the recommended 18-month (or at least 12-month) timeframe.

Networking at this early stage allows you to build up your list of contacts, whilst working out what it is you want to do and also feeling the lay of the land out in the civilian world at that time.

Networking early allows you to plan the remainder of your resettlement, which then should be aimed at getting the required training and experience you need for your avenue into a potential second career.

It would then be a case of concentrating on getting up to speed (you may not need to) and then rounding off your resettlement period with another bout of serious networking, even revisiting those old contacts you met at the beginning of your phasing out of the forces…a case of “remember me?”

Yet networking shouldn’t and doesn’t end there.

I am forever networking still for my role with Pathfinder, always keen to meet new people and see what is next out there for the magazine and pinpoint new trends moving forwards. You simply can not have enough contacts, as you never know what life has in store and what people you may need to call upon, good or bad.

Networking of course can be difficult at first, but once you have initiated that first conversation be it via email, phone or in person, you are off the mark. The more networking, the more chats you conduct, the more natural it becomes.

Of course, the cynic reading this would suggest I would say this to promote such events as the Armed Forces & Veterans Resettlement Expos that Pathfinder provides free of charge. But what have you got to lose? Such events as these are putting the opportunity to network (be they a veteran or service person or indeed military spouse/partner) on a plate, with many contacts in one place…so what have you got to lose apart from a gift wrapped chance?

All you need is that one break, that one opportunity, just when you expect it the least, which could impact the rest of your life, you just never know who is listening!

A day of networking could mean a life less of continuous resettling..take my story as a perfect example of that.