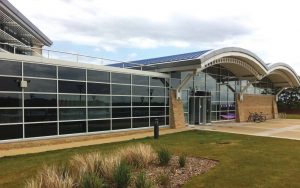 Following on from their first event of the year which will take place on Thursday April 21 at The King’s Centre, Oxford, there will be events held at Catterick and Colchester.

On Thursday July 14, Pathfinder will stage their second event of 2022 at Catterick Leisure Centre and on Thursday October 27, the final forces expo of the year will take place at the Jobserve Community Stadium – home of Colchester United Football Club.

As with any Pathfinder event, all serving personnel (whether in resettlement or not) are encouraged to attend, as are veterans looking for work or general advice and families of both serving personnel and veterans.

Registration is free and can be one by the QR codes found on this page. Alternatively as with the event in Oxford in April, please search Eventbrite and type in Armed Forces Expo which will bring up Pathfinder’s selection of events for 2022.

Pathfinder editor, Mal Robinson added: “Following the large interest in the event taking place at Oxford on April 21, we are thrilled to add two more dates for the diary at Catterick and Colchester.

Both locations enjoy a large military presence and whilst Catterick is well catered in terms of events and is a major player in the forces events circuit, Colchester can often be overlooked and I look forward to welcoming old and new faces at both expos.”

The first Armed Forces & Veterans Resettlement Expo took place in 2018 in Newcastle and four more expos have appeared around the UK since taking in Glasgow, Southampton, Nottingham and Bristol.

Register for the Oxford expo here!

Register for the Catterick expo here!

Register for the Colchester expo here!