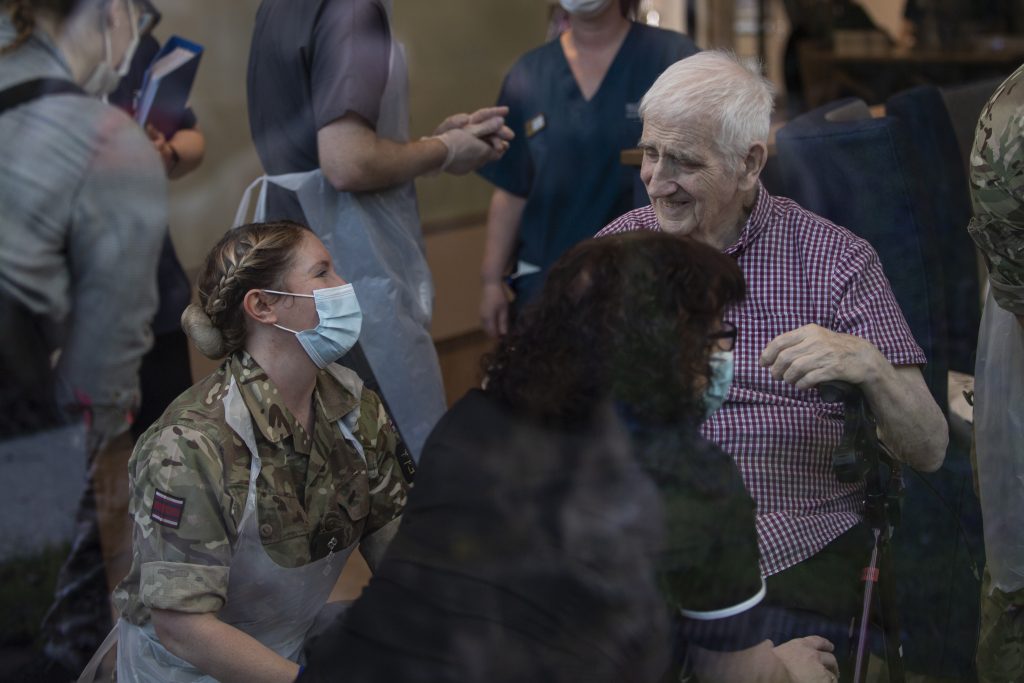 Military veterans at a Salford care home today became the first in the Northern region to receive Covid vaccinations from Armed Forces personnel.

The Vaccination Quick Response Force, one of three regionally located six-person tri-service teams integrated into the NHS support system in the North West, arrived at Broughton House in Salford on Friday morning (Fri 22nd Jan) to administer the jabs to former service personnel.

While teams of Combat Medical Technicians aren’t currently being used routinely to vaccinate in care homes, given the previous proud service of the residents, the charity-run home, which has been the North West’s primary provider of veterans’ care for more than 100 years, thought they would appreciate their vaccinations being administered by friendly faces in uniform.

Colonel Russ Miller OBE, Commander Army Headquarters North West, and a trustee at Broughton House, said: “Broughton House asked whether could get military vaccinators to assist with their first load of vaccinations and it’s a fantastic opportunity to marry up the military youth of today with the veterans that we’re looking after here in the North West.

“There was a lot of chat between the residents and the medics we’ve got here. It was wonderful to enable them to have different conversations with people in uniform. It’s a dose of familiarity for people who have been suffering in lockdown and been unable to socialise in the normal way.

The QRFs are allocated on the basis of surge support. The three teams will double to six next week.

Colonel Miller added: “It’s an initiative the Secretary of State for Defence is fully behind in order to get as many military medics out there as possible in this time of national crisis and to ensure the NHS can vaccinate the population as quickly and efficiently as possible.”

Royal Navy Leading Medical Assistant Kate Edwards, who carried out some of the vaccinations at Broughton House, said: “It was really heartwarming to be able to come in and serve those who have served us while supporting the NHS. It was lovely to hear some of their tales.”